Andrew accused in documentary of romping in pool with topless woman 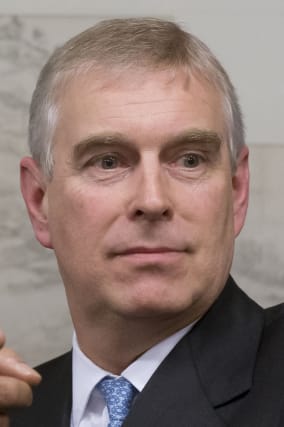 A former employee of Jeffrey Epstein has accused the Duke of York of frolicking in a pool with a topless victim of the disgraced American financier.

Steve Scully alleges in a Netflix documentary that Andrew and a young woman – he now knows to be Virginia Giuffre – were “engaged in foreplay” in the pool on Epstein’s private island in the Caribbean.

Ms Giuffre, also known as Virginia Roberts, has in the past alleged she had sex with the duke in 2001 after being trafficked to the UK by financier Epstein.

She alleges the duke had sex with her on three separate occasions, including when she was 17 – a minor under US law.

In the documentary series – Jeffrey Epstein: Filthy Rich – Mr Scully said: “Jeffrey hung out with a lot of powerful and well known figures, both politically and financially and British royalty.

“It was probably around 2004 I saw Prince Andrew, he was at the pool, he was with, at that time, an unknown girl to me, she was young, she didn’t have any top on, they were engaged in foreplay, he was grabbing her and grinding against her.”

Mr Scully, who said he maintained Epstein’s telecommunications and data equipment on Little Saint James Island in the US Virgin Islands, added: “You tell yourself that you didn’t know for sure and you never really saw anything but that’s just all rationalisation.

“Jeffrey Epstein, he was a guy that concealed his deviance very well, but he didn’t conceal it that well.”

Ms Roberts has urged Andrew to come forward and be interviewed by FBI and US prosecutors about his friendship with Epstein, a convicted sex offender who committed suicide in jail while facing sex trafficking charges.

US lawyer Geoffrey Berman, who is leading the Epstein inquiry, said in March: “Contrary to Prince Andrew’s very public offer to co-operate with our investigation into Epstein’s co-conspirators, an offer that was conveyed via press release, Prince Andrew has now completely shut the door on voluntary co-operation and our office is considering its options.”

The duke stepped down from royal duties last November following a disastrous Newsnight interview about his friendship with Epstein.

In the programme, Andrew responded to claims made by Ms Giuffre that the night they allegedly had sex he was sweating heavily as they danced in London’s Tramp nightclub.

The duke said he did not recall meeting Ms Giuffre and had a medical condition at the time, after suffering an overdose of adrenaline in the Falklands War when he was shot at, that meant he did not sweat.

Interviewed for the documentary, Ms Giuffre said about Andrew: “This guy didn’t have any remorse at all. His arrogance about it, I mean the whole I don’t sweat thing, this guy was profusely sweating all over me.”

A spokeswoman for the lawyers representing the Duke of York said: “As we have said many times before, the duke has absolutely no recollection of ever having met Virginia Roberts.”