What do the lockdown rules say about driving and visiting beauty spots? 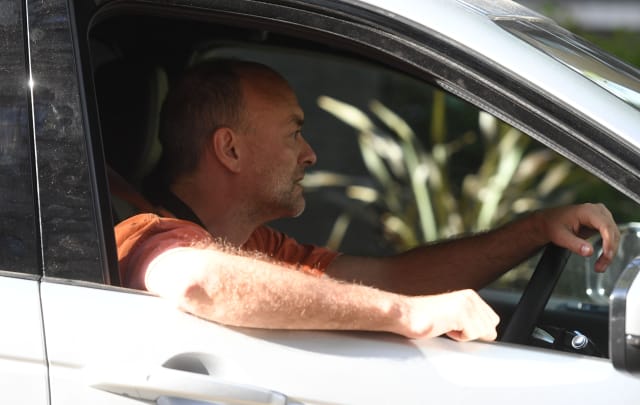 The continuing furore over the movements of the Prime Minister’s chief adviser during lockdown has raised questions about the rules on driving and visiting beauty spots while restrictions are in place.

Dominic Cummings said his trip from London to Durham to stay at a property on his father’s farm was justified to protect his family’s health.

Cabinet Office Minister Michael Gove has defended his account as “entirely reasonable” and within the law.

But former Greater Manchester Police chief constable Sir Peter Fahy suggested officers would have told him to turn back if he had been stopped during the journey.

Mr Cummings also stood by a trip he and his family made to Barnard Castle on Easter Sunday, April 12, telling reporters that the 30-minute drive to the outskirts of the town was to test his eyesight in case it had been affected by the illness.

The family parked beside a river and when he felt sick they walked to the nearby riverbank where they sat for 15 minutes before returning to the car, he said.

Stopping again on the way home for a toilet break for their son, all three went “briefly” into the woods.

– What was the Government guidance at the time?

The public should “stay local and use open spaces near to your home where possible”, Government advice issued on March 27 said, adding: “Do not travel unnecessarily.”

Ahead of the Easter weekend, Health Secretary Matt Hancock acknowledged that the bank holiday would be a “test of the nation’s resolve” but said the clear message from NHS staff battling to save sick patients was “they need you to stay at home”.

Meanwhile, the Queen urged people to follow lockdown rules over Easter, saying: “By keeping apart, we keep others safe.”

– What did the law say about driving and going to beauty spots?

The Health Protection (Coronavirus, Restrictions) (England) Regulations 2020, which came into force on March 26, said people should not leave home without a reasonable excuse, such as for exercise or to buy food.

It did not address the use of cars or vehicles and does not specifically forbid members of the public from using their cars to “go for a drive” or to travel to a location by car to exercise.

– What were police told to do?

Some police forces initially told the public they should not go out for a drive but the National Police Chiefs’ Council (NPCC) later made clear there is nothing “definitive’” in the legislation on this, although it urged the public to be “sensible”.

On March 30, officers were told “people will want to exercise locally and may need to travel to do so; we don’t want the public sanctioned for travelling a reasonable distance to exercise”.

Guidance issued to forces in the week leading up to the Easter weekend on how to interpret the legislation, using information from the Crown Prosecution Service, said driving to the countryside and walking – when far more time is spent walking than driving – would be considered a reasonable excuse.

But a short walk to a park bench when the person remains seated for a much longer period was not likely be considered reasonable by police.

The document says “it is lawful to drive for exercise”.

– So, was the trip Mr Cummings made to Barnard Castle justified?

Mr Gove said the journey of 25 miles or so was “completely appropriate” because Mr Cummings was “preparing to return to work” by checking he was safe to drive the long trip back to London.

But Sir Peter told BBC Radio 4’s Today programme it was “hard to see – unless there’s some justification that that was to take daily exercise – how that was justified”.

– What happened to members of the public visiting beauty spots over the Easter bank holiday weekend?

Dozens of beachgoers who travelled to the coast were fined.

Several police forces urged people to stay away from beauty spots, with some telling anyone not following “essential travel guidance” they would be ordered to turn back.

– Should you take a ‘test’ drive to check whether your vision is impaired?

John Apter, national chairman of the Police Federation for England and Wales, urged people not to drive if their eyesight might be impaired, saying this is an “important road safety issue”.

The Highway Code states that a driver must be able to read a standard vehicle number plate, in good daylight, from a distance of 20 metres.

Sir Peter said getting behind the wheel is “ill-advised as a means of testing your eyesight as to whether you’re fit to drive” and “certainly appears to be against the Highway Code”.