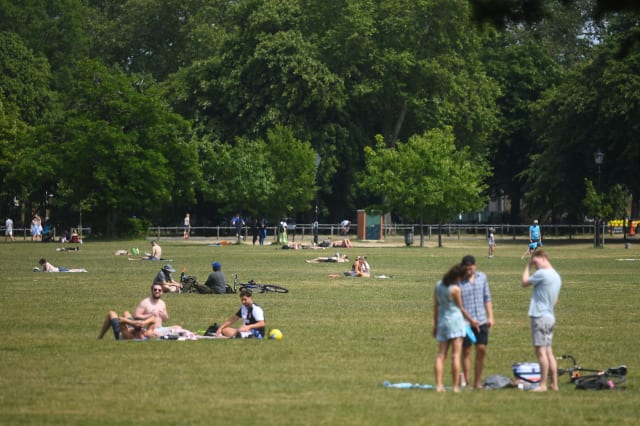 The FTSE 100 jumped as traders were buoyed by the Prime Minister’s plans to loosen current lockdown restrictions.

Recently hard-hit sectors, such as travel, leisure and retail, saw firms bounce higher amid hopes that they could be nearing a recovery.

Stocks leapt at the start of trading but stalled later in the session after the climbing value of sterling pressed down on UK-based multinational firms.

Positive momentum helped to push markets higher across Europe, with the major indices in France and Germany both closing in the green on Tuesday.

Michael Hewson, chief market analyst at CMC Markets UK, said: “It’s been another decent day for European stock markets, with a second day of gains, propelling the Dax to its highest levels since early March.

“Meanwhile, the FTSE 100 underperformed, probably as a result of the strength of the pound, on the back of a move to a two-week high against the US dollar.”

Sterling had another strong day as Boris Johnson’s latest press briefing on Monday went down well with investors.

Across the Atlantic, the Dow Jones was on the front foot, taking cues from the strong performance of markets in Europe.

Travel firms led the risers on Tuesday amid hopes that more flights could take place in Europe in the coming months, with Tui jumping by more than 50%, while rivals IAG and easyJet also made significant gains.

Meanwhile, retailers were also particularly buoyant after Mr Johnson said non-essential retail stores will be able to open to customers from June 15.

In company news, Aston Martin surged higher after chief executive Dr Andy Palmer confirmed he would leave the business after leading a troubled period for the car manufacturer.

The firm announced that he is to be replaced as chief executive by Tobias Moers, who currently runs Mercedes-AMG, which is the German manufacturer’s high-performance division. Shares closed 9.9p higher at 45.36p.

High street baker Greggs saw shares lift after saying it plans to increase its store openings by mid-June. It moved 53p higher to 1,765p as a result.

The price of oil was subdued after Russia said it expected that its production cuts would help reduce the global surplus sharply by the middle of the summer.