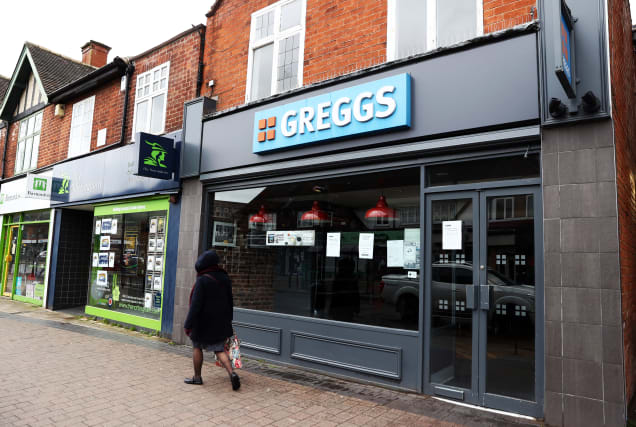 Bakery chain Greggs hopes to open around 800 of its stores in the middle of next month.

The pasty and sausage roll outlets are expected to start serving customers up and down the country in June.

“We have planned and delivered robust shop trials using our new operational safety measures and they have progressed well allowing us to now move to open an increased number of our shops from mid-June,” a spokesperson for the company said.

The firm did not put a figure on how many stores it hopes to open, however it is understood to be trying to serve customers out of about 800 of its sites.

It has been running trials with just over a dozen stores in the North East, its home region, for around a month now.

The company is aiming to ramp up trials.

Government guidance has slowly become less strict after the country was forced into lockdown at the end of March.

Many restaurants have remained closed through the period, with some opening for takeaways.

However, the sector has started showing some signs of recovery, as Government rules relaxed.

Earlier this month, McDonald’s started reopening its British stores, starting with 15 in and around London.

Starbucks also reopened 150 of its stores earlier in the month.

Prime Minister Boris Johnson said that non-essential stores, including clothes stores, will be able to re-open from the middle of the month, as long as they adhere to social distancing rules.