Opposition leaders will ‘consider next steps’ on Dominic Cummings – Blackford 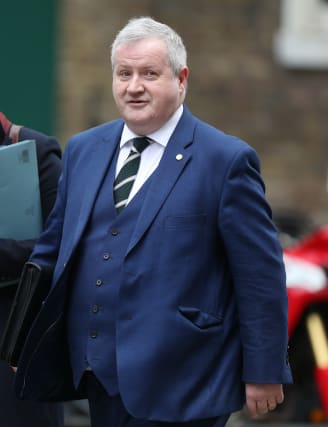 Opposition leaders will meet on Tuesday morning to consider what the “next steps” on Dominic Cummings will be, the SNP’s Westminster leader Ian Blackford has said.

He reiterated his call for the Prime Minister’s chief adviser to resign over his trip to County Durham in March, saying he had written to Cabinet Secretary Sir Mark Sedwill calling for an investigation into Mr Cummings’s actions.

Speaking on the BBC’s Good Morning Scotland radio programme, Mr Blackford said Boris Johnson should be held to account over the issue.

The SNP’s Westminster leader said: “This is now about Boris Johnson’s leadership because he needs to recognise what’s right and what’s wrong.

“Quite simply this man should go and that’s why today I’m calling a meeting of all opposition leaders so we can consider what our next steps will be.”

Asked by the BBC’s Gary Robertson what options they had considering Parliament is not currently sitting, Mr Blackford said: “There are a number of options and I’ve already written to the Cabinet Secretary Sir Mark Sedwill asking for an investigation because it’s clear that there is a breach of the lockdown rules.

“This whole thing is unprecedented. I don’t think any of us, Gary, can remember a time where an official in government, the senior adviser to the Prime Minister, is giving a press conference at a time such as this.

“He has become the story and he’s deflecting attention away from what we should be doing, which is keeping people safe through this crisis, it simply isn’t good enough.

“The man has to go so we need to look at what measures that we can put in place.”

Mr Blackford said opposition leaders would be speaking to the media following the meeting at 11am.

He said Mr Cummings’s claim that he drove 30 miles in order to test his eyesight for a longer journey was “extraordinary”.