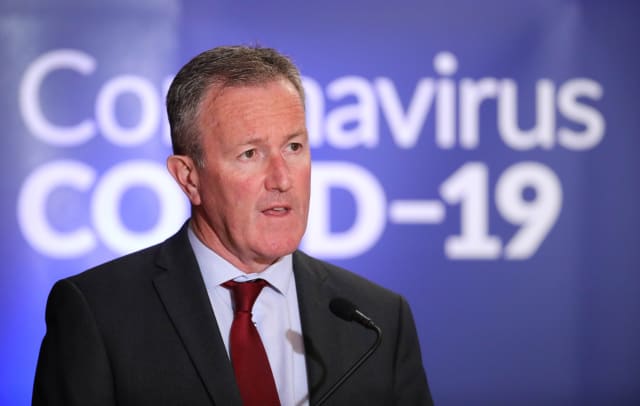 Conor Murphy described the post-pandemic landscape as featuring “major challenges” including the UK’s departure from the EU.

Northern Ireland has taken its initial steps out of the Covid-19 lockdown, with the reopening of garden centres, churches for private prayer, and golf courses.

However many businesses will not be permitted to reopen until later in the year.

The Executive has published a five-stage plan for recovery, but this does not give indicative dates.

Mr Murphy said he recognises it is “inevitable we will have damage”.

“We recognise inevitably businesses will suffer and jobs may go, but we’re obviously trying to mitigate against that as best we possibly can,” he told the BBC.

“We recognise there are a number of very serious challenges ahead, challenges that will last for some time, and what we want to do is try and support business to meet those challenges.

“There are very real challenges ahead. The Executive, when it reformed in January, was going to face a very challenging time politically, economically, in terms of support for public services because of the years of austerity budgets, but that’s all been greatly increased because of the situation we are facing at the moment.”

Mr Murphy said he is “bringing a process” to the Assembly on Tuesday to approve additional funding for some departments, after four/five departments “spent more than we can them cover for”.

However, he said, in other areas departments are spending less money than anticipated, such as on capital projects where building work has stopped.

“We have also asked departments to undertake a reprioritisation exercise to let us know monies that they aren’t spending so that we can collectively, as an Executive, have a look at that and make sure the recovery plan we intend to put in place, that we will be discussing this week, will have resource to go along with it,” he said.