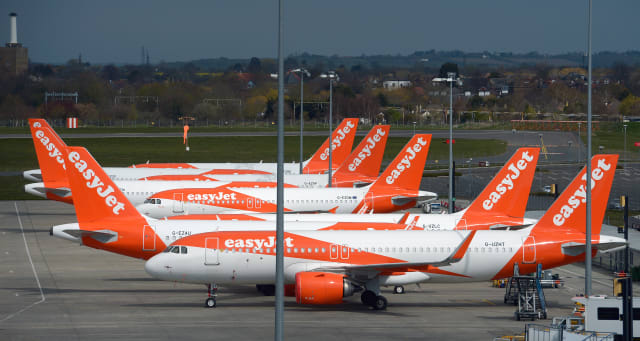 EasyJet’s finance director has said will leave the business, just days after winning a vote that could have cost him the job.

Andrew Findlay plans to work out his year-long notice period and will step down in May 2021, he said on Tuesday.

His announcement comes just one working day after shareholders voted to save his job, and those of other top directors.

It was the culmination of a bitter battle between Sir Stelios and the board over a massive deal to buy more than 100 aircraft from plane-maker Airbus.

The tycoon argued that the £4.5 billion contract could end up bankrupting the budget carrier.

However, chairman Mr Barton said that abandoning the deal might force easyJet to change its business model.

“The board believes that termination would be hugely detrimental and seriously impact the company’s ability to operate as a low-cost airline,” he said.

On Friday, nearly all of the votes not cast by Sir Stelios came down in favour of the board.

However, as he owns a big chunk of the company, 42% of the votes cast still demanded the head of Mr Findlay and the other directors.

“I would like to thank the shareholders who supported me and my fellow directors in the recent general meeting. I intend to repay that support in the coming year,” Mr Findlay said after announcing on Tuesday that he would be leaving.

He added: “Although I have given notice to leave easyJet in a year’s time, I remain fully committed to the business to support Johan and to ensure easyJet successfully weathers this unprecedented time for the airline industry.

“By the end of my notice period I will have been with this great company for almost six years and it will be the right time to pass the financial reins to someone who will help take easyJet into its next chapter.”

Chief executive Mr Lundgren said: “As the longest standing member of the airline management board, Andrew has and continues to provide solid financial steerage and guidance. This has been particularly so during recent months when he was quick to secure liquidity and deliver a significant reduction in cash burn.

“I speak on behalf of my fellow colleagues in that we will be sorry to see him leave next year; however, we all look forward to working with Andrew over the coming 12 months as we successfully steer easyJet though this unprecedented time for the industry.”