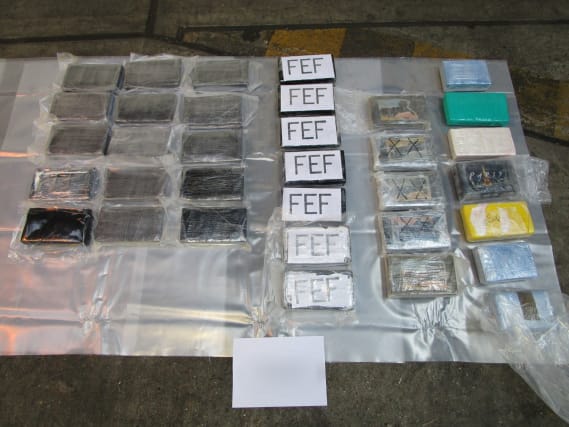 A driver has denied charges after drugs worth more than £6.5 million were discovered at the Port of Dover in a lorry transporting pizzas from Italy.

A huge haul of cocaine and heroin was found hidden between cartons, wrapped in individual blocks on April 26.

Slovenian Adam Grzelj, 50, appeared at Canterbury Crown Court on Tuesday morning charged with two counts of fraudulent evasion of a prohibition in relation to cocaine and heroin.

The hearing was conducted over Skype due to the continuing Covid-19 pandemic.

Grzelj, a Slovenian national from Ljubljana, appeared over videolink wearing a black polo shirt and pleaded not guilty to both charges.

Judge Simon James told him that a trial date would hopefully be fixed at a later hearing in July, when the situation around courts and coronavirus might be clearer.

Officers discovered an estimated 82 kilos of cocaine and three kilos of heroin hidden inside the Slovakian registered lorry at the Kent port, the Home Office said.