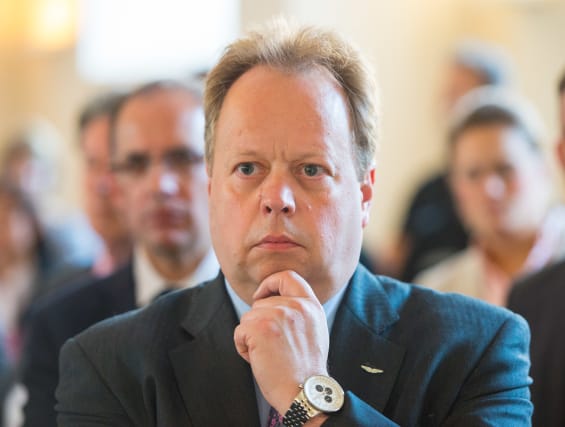 Andy Palmer is to leave his position as boss of Aston Martin amid a collapse in the luxury car-maker’s share price.

The firm announced that he is to be replaced as chief executive by Tobias Moers, who currently runs Mercedes-AMG, which is the German manufacturer’s high-performance division.

The number of vehicles sold by Aston Martin almost halved in the first three months of the year, as it was hit by the beginning of the coronavirus crisis.

The company said it had sold 578 vehicles in the first quarter, down from 1,057 in the same period last year.

The company had already been struggling before the crisis hit, and its share price is down 94% compared with when it listed in October 2018.