Teenage girl and man die in separate incidents in Cornwall 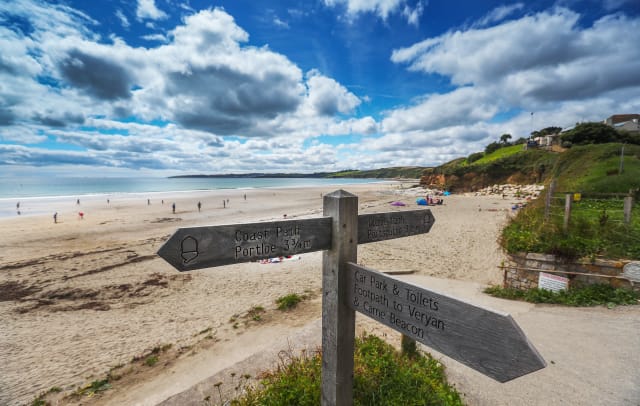 Two people have died in separate incidents along the Cornish coastline on bank holiday Monday.

Devon and Cornwall Police was called to reports of an upturned rigid inflatable boat in the water in Wadebridge at about 2.25pm.

Three casualties were taken to the Royal Cornwall Hospital, where a teenage girl was later pronounced dead.

At 2.30pm, the force were notified by the Coastguard of another incident at Treyarnon Bay in Padstow at about 2.30pm.

Emergency services attended the scene following reports that a man had been pulled from the water by a member of the public.

A force spokeswoman said the man, who is yet to be identified, was pronounced dead at the scene.

In a third incident, surfers pulled an unconscious man from the water in Porthtowan, Truro at about 2.30pm.

The man was taken to the Royal Cornwall Hospital by air ambulance in a serious condition and is receiving treatment.

Chief Inspector Ian Thompson, of Devon and Cornwall Police, said: "These are extremely upsetting circumstances and our thoughts go out to all involved.

"It has been a very tough day for local emergency services and we are asking for anyone with information on the above incidents to contact police quoting the applicable log number."

On Thursday, the RNLI and Coastguard warned there are currently no RNLI lifeguards on UK beaches.

Roll-out of the normal seasonal lifeguard service was paused at the end of March due to the coronavirus pandemic.

Since changes to lockdown restrictions, the RNLI said it has been looking at plans to resume a service where possible.

It is hoped lifeguard patrols will be on 70 beaches, which will be chosen based on risk and popularity, by peak season.