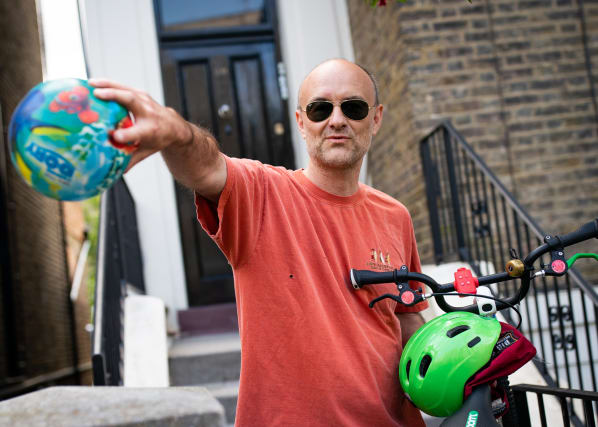 Conservative MPs have ramped up pressure on Boris Johnson to dispense with his top aide amid fresh allegations that Dominic Cummings broke lockdown rules more than once.

The Prime Minister has been urged to sack Mr Cummings after reports surfaced that the 48-year-old made a second trip to County Durham, where his family lives, despite stringent social restrictions.

The PM pledged his “full support” on Saturday to his under-fire chief adviser, who it emerged had travelled 260 miles to the North East in March to self-isolate with his family while official guidelines warned against long-distance journeys.

According to the Sunday Times, the Conservative Party leader told allies he would not throw Mr Cummings “to the dogs” following reports he made the journey to ensure his four-year-old child could be looked after as he and his wife were ill.

But according to reports in the Observer and Sunday Mirror, the former Vote Leave campaign co-ordinator made a second trip to Durham and was seen there on April 19 – five days after being photographed on his return to Westminster.

A second eyewitness told the two papers they saw him a week earlier in Barnard Castle on Easter Sunday, a popular tourist location 30 miles away from Durham, during the period he was believed to be self-isolating.

Downing Street has said it would “not waste time” replying to the fresh allegations from “campaigning newspapers”.

But Mr Baker told Sky’s Sophy Ridge On Sunday programme: “If he doesn’t resign, we’ll just keep burning through Boris’s political capital at a rate we can ill afford in the midst of this crisis.

“It is very clear that Dominic travelled when everybody else understood Dominic’s slogans to mean ‘stay at home, protect the NHS and save lives’.”

Damian Collins, Conservative MP for Folkestone and Hythe, said: “Dominic Cummings has a track record of believing that the rules don’t apply to him and treating the scrutiny that should come to anyone in a position of authority with contempt.

“The Government would be better without him.”

Mr Shapps, who was also sent out to defend Mr Cummings at the daily Downing Street coronavirus briefing on Saturday, faced questioning on the adviser’s actions on Sunday but admitted he had not spoken to him beforehand.

“But I do know it is not the case that he has travelled backwards and forwards, which seemed to be a major part of the stories I saw in the paper today.”

On Saturday, deputy chief medical officer Jenny Harries said everyone should self-isolate unless there was a risk to life.