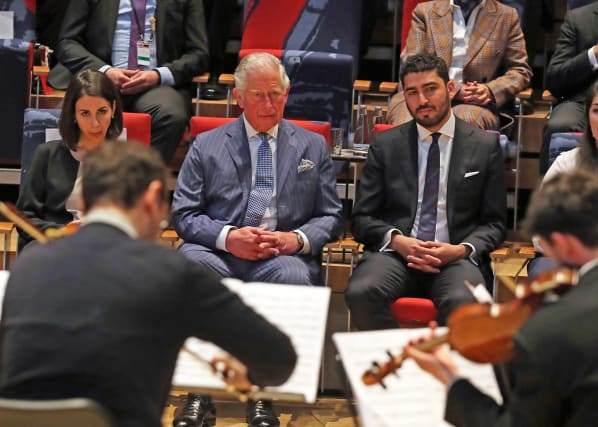 The Prince of Wales will reveal how he once converted a police officer assigned to protect him to the music of Richard Wagner.

Charles will be speaking on Classic FM about his love of classical music during two two-hour programmes to be broadcast on Monday and Tuesday.

The first will feature an interview with presenter Alan Titchmarsh, accompanied by some of the prince’s favourite music, including choruses from the St Matthew Passion and Hubert Parry’s ‘Bridal March of the Birds’.

In one anecdote, the prince will tell Titchmarsh how his love of Wagner’s music once influenced one of his former police protection officers.

Charles will say: “I’m accompanied by a kind policemen who looks after me all the time, wherever I go, and I used to play Wagner, some of the operas, on the CD thing in the car.

“And the person I had with me at the time long ago had never heard Wagner before in his life, but because I played it on various occasions in the car, he grew, can you believe it, to love it so much that he then became a Wagner fan, having never heard it before and presumably having also thought, ‘Well, it’s not for me.’

“So it is familiarity, I think, which in this case doesn’t breed contempt. It breeds real devotion, I’ve found.”

Charles, who is a patron of a large number of orchestras and conservatoires, including the Royal Ballet, will also speak about the future of the arts, and the impact of Covid-19.

He will say: “At the moment, of course, they are completely silent and unable to operate, unable to work, and I, you could imagine from the point of view of their livelihoods and their futures, ‘what on earth are we going to do?’, let alone trying to find a way of keeping these orchestras and other organisations, arts bodies, going?”

Charles himself will present Tuesday’s programme, in which he will speak about some of his other favourite pieces of classical music, including Frederic Chopin’s piano concertos and the Four Last Songs of Richard Strauss.

Titchmarsh said: “It is always a privilege to spend time in the company of His Royal Highness and none more so than when it involves our mutual enjoyment of classical music.

“It is typically thoughtful of him to choose to highlight the plight of his many musical patronages, alongside the difficulties that all musicians face, during an unprecedented period when enjoyment of live music has been curtailed.”