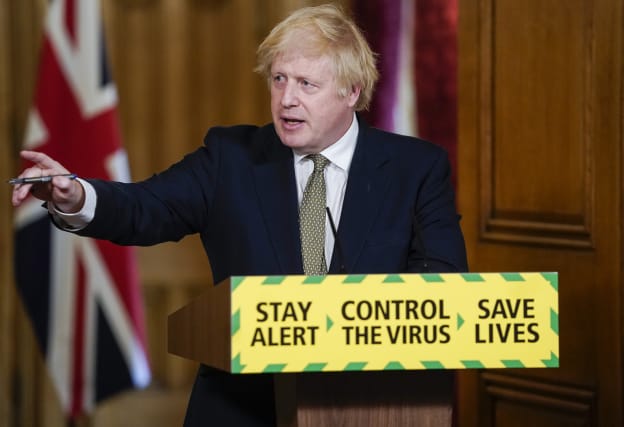 The Prime Minister’s backing of Dominic Cummings on allegations of breaking lockdown restrictions “displays a failure of leadership and undermines his own public health message”, according to the SNP’s Westminster deputy leader.

Speaking at the UK Government’s coronavirus briefing, Boris Johnson said his top aide had “acted responsibly, legally and with integrity”.

He said Mr Cummings’ trip from London to Country Durham during lockdown in March was justified as he had to “find the right kind of childcare”.

Initially, it was suggested Mr Cummings drove 250 miles between London and Durham despite the guidelines on travelling, and while showing symptoms of coronavirus.

However, fresh claims emerged in the Observer and Sunday Mirror that he made a second trip to Durham last month after having returned to work at Westminster.

Ahead of the briefing, Scotland’s First Minister Nicola Sturgeon and SNP Westminster leader Ian Blackford and other politicians from all parties, including the Conservatives, called for Mr Cummings to resign or be sacked.

Following the Prime Minister’s comments, Mr Blackford tweeted: “Boris Johnson told us to stay at home and to isolate if we had Covid-19. There was no caveat that this does not apply to Dominic Cummings.

“By supporting Cummings at his press conference Boris Johnson displays a failure of leadership and undermines his own public health messages.”

He added: “Boris Johnson’s breathtaking arrogance sends out the message that there is one rule for the Tory government and another for the rest of us.

“He is trying to take the public for fools, but I have no doubt that people will see right through it.

“Families across all parts of the country have struggled through lock down, without the ability to call on friends and family for childcare.

“In a desperate attempt to save his adviser Boris Johnson has thrown public health advice and the solidarity and sacrifice of millions to the wind.”

On Saturday, Mr Blackford called on the head of the civil service Sir Mark Sedwill to investigate the issue.

Earlier, Ms Sturgeon tweeted: “I know it is tough to lose a trusted adviser at the height of crisis, but when it’s a choice of that or integrity of vital public health advice, the latter must come first.”

Referencing Dr Catherine Calderwood standing down from her post as Scotland’s chief medical officer after twice travelling from Edinburgh to her holiday home in Fife, she added: “That’s the judgment I and, to her credit, Catherine Calderwood reached. PM and Cummings should do likewise.”

When the comparison with Dr Calderwood’s situation was put to him and he was asked if Mr Cummings’ actions would undermine the public health message, Mr Johnson told the briefing: “No, because the sharp distinction is that unlike the lady who you mentioned, Mr Cummings actually went into lockdown, because he had symptoms, went into self-isolation for 14 days or more and that is what you should do.

“The particular circumstances of his isolation, as I’ve said now several times, were determined by the childcare needs of the family.”

Following the briefing, Ms Sturgeon tweeted the Prime Minister’s comments about lockdown changes such as schools reopening do not apply in Scotland.

She added: “We are making progress against this virus but to avoid a resurgence we must move carefully. And we must maintain trust in public health advice.”

Scottish Conservative leader Jackson Carlaw said: “I’ve heard what the Prime Minister has said and it is a situation for him to judge.

“He has reached a conclusion and we must all now focus on continuing to beat this dreadful pandemic.”

He added that the Scottish Conservative focus “will be on challenging the Scottish Government and demanding that promises both to protect care homes and isolate the disease are kept”.