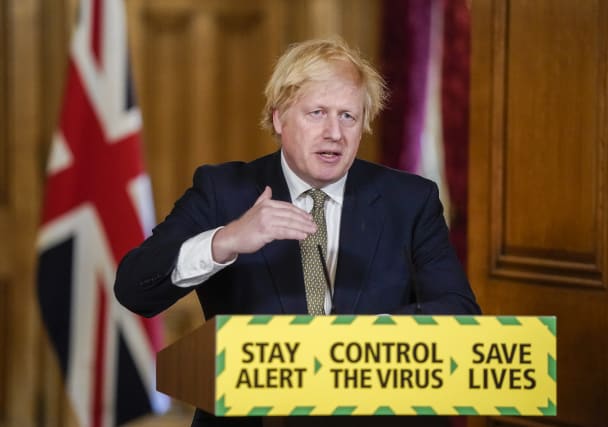 Boris Johnson, speaking at the daily Downing Street coronavirus briefing, said Mr Cummings had “acted responsibly, legally and with integrity” and that “any parent would frankly understand what he did”.

But Tory backbenchers said they were “unconvinced” by the Prime Minister’s defence of his most trusted aide.

Tory MPs had been baying for Mr Johnson to dispense with Mr Cummings after it emerged he had travelled 260 miles to County Durham in March to self-isolate with his family while official guidelines warned against long-distance journeys.

Further reports also suggested he took a second trip to the North East in April, having already returned to London following his recovery from coronavirus – a disease which has seen more than 45,000 people in the UK die after contracting it, according to the latest available data.

Mr Cummings denied the fresh allegations, which were reported by the Observer and the Sunday Mirror, and Mr Johnson declared he would be standing by his most senior adviser.

Mr Johnson, leading the Government press conference for the third time since being discharged from hospital on April 12, said he could “not mark down” Mr Cummings for the way he acted.

The Prime Minister said: “I have had extensive face-to-face conversations with Dominic Cummings and I have concluded that in travelling to find the right kind of childcare, at the moment when both he and his wife were about to be incapacitated by coronavirus – and when he had no alternative – I think he followed the instincts of every father and every parent.

“And I do not mark him down for that.

“Though there have been many other allegations about what happened when he was in self-isolation and thereafter, some of them palpably false, I believe that in every respect he has acted responsibly and legally and with integrity and with the overwhelming aim of stopping the spread of the virus and saving lives.”

– Mr Johnson confirmed at the briefing that the intention was for primary schools in England to open more widely on June 1, but acknowledged it “may not be possible” for all schools

– Police attended Mr Cummings’s London home on Sunday afternoon after it was “reported that a large crowd of people were outside the address”. Scotland Yard would not confirm who had called officers.

– Before the press conference, First Minister Nicola Sturgeon encouraged Mr Johnson to dismiss Mr Cummings, citing her own “tough” experience of having to let go of Scotland’s chief medical officer, Catherine Calderwood, after pictures emerged of her twice visiting her holiday home during lockdown.

– An investigation has been launched into a since-deleted tweet from the official UK Civil Service twitter account, posted 20 minutes after the news conference finished, stating: “Arrogant and offensive. Can you imagine having to work with these truth twisters?”

Clamour grew on Sunday for the Prime Minister to dispense with the adviser he has previously credited with helping to win him a landslide at the general election last year.

A host of Tory MPs piled in to claim the 48-year-old’s position had become “untenable” after it was confirmed he journeyed to stay in a family property in Durham when Government advice was to stay home.

Over the weekend, Number 10 admitted Mr Cummings had driven from his London home to Durham in March after his wife started displaying Covid-19 symptoms, becoming fearful there would be no-one to look after his four-year-old child if he also took ill.

But according to reports, the former Vote Leave campaign co-ordinator made a second trip to Durham and was seen there on April 19 – five days after being photographed on his return to Westminster.

A second witness told the papers they saw him a week earlier in Barnard Castle on Easter Sunday, a popular tourist location 30 miles from Durham.

Sir Roger Gale, one of a host of MPs to speak out on Sunday, said he was “very disappointed” the Prime Minister had opted to stick with Mr Cummings.

The veteran Tory told the PA news agency: “I’m very disappointed, I think it was an opportunity to put this to bed and I fear that now the story is simply going to run and run.”

Somerton and Frome MP David Warburton – not one of the initial dissenters – tweeted that he was “unconvinced by the PM’s defence of Cummings”.

“We’ve all been tasked with tempering our parental, and other, instincts by strictly adhering to Government guidance,” the Somerset representative said.

Earlier on Sunday, former ministers Steve Baker and Caroline Nokes were among those to break ranks to criticise Mr Cummings, while Craig Whittaker, MP for Calder Valley in West Yorkshire, argued his position had become “untenable”.

Leader of the Opposition, Sir Keir Starmer, said the decision to keep Mr Cummings on was “an insult to sacrifices made by the British people”.

“This was a test of the Prime Minister and he has failed it,” the Labour leader said.

Labour, along with the SNP and the Liberal Democrats, has called for an “urgent inquiry” to be led by Cabinet Secretary Sir Mark Sedwill into Mr Cummings’s actions.

But Downing Street, despite calls from across the political spectrum for Mr Cummings to be removed from his post, has continued to back the beleaguered aide.

Mr Johnson said he deemed Mr Cummings’s actions “sensible and defensible” and that they were “totally understandable”.

“I have to say I think that looking at the situation, I think any father, any parent would frankly understand what he did and I certainly do and I spent a long time talking to him about it today,” the Prime Minister said.