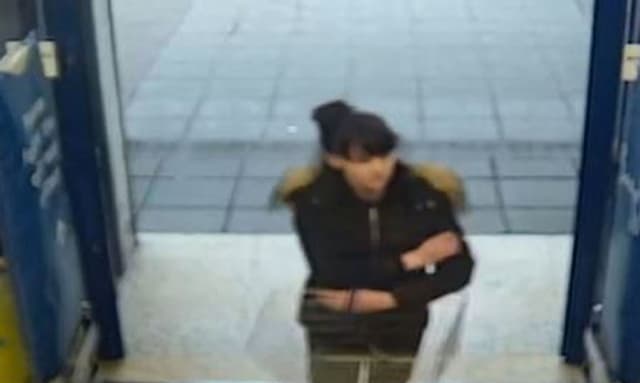 A murder investigation has been launched following the death of a 16-year-old girl whose body was found in woodland in Hampshire.

Officers released a CCTV image and appealed for the public's help to piece together the final movements of Louise Smith, from Havant, who was reported missing on VE Day.

The teenager, whose body was found in the Havant Thicket area of Staunton Country Park on Thursday, was last reported to have been seen around midday on May 8 in Somborne Drive.

A spokesman for Hampshire Constabulary said: "Our priority remains focused on finding out what happened to Louise after she was last seen, and we are appealing for your help to piece together her final movements so we can bring whoever is responsible to justice."

A CCTV image of the teenager shows her entering Tesco Metro on Greywell Road, a short walk from when she was staying in Somborne Drive, shortly before 7.30pm on May 7, the force said.

Detectives are keen to trace her movements to the site where she was discovered, which they believe may have taken place any time after she left the store.

Detective Chief Superintendent Scott Mackechnie said: "This is now a murder investigation and our focus is to identify who is responsible. To do this it is crucial that we capture as much information as possible regarding the moments leading up to her death.

"We know that news of her murder will leave the community shocked and upset, but we are turning to you for your help, because information you have could be key in this investigation.

"Two weeks have passed since Louise was first reported missing. I am asking residents in Leigh Park to cast their minds back to Louise's disappearance a fortnight ago and provide any information to us that will help trace her movements from where she was last seen to the site at which her body was discovered."

At the time of her disappearance Louise was wearing black jeans, a black and white striped T-shirt, black trainers and a black coat with a fur hood.

Police are appealing for anyone with CCTV or dashcam footage from the area to get in touch.

The force also released a map showing where Louise was found and where she was last seen.

Mr Mackechnie said: "Please take a look at this map – if you live in the surrounding areas depicted on this map and have video footage or information, please get in touch.

"In addition, we're keen to hear from any dog walkers who use Havant Thicket and Staunton Country Park, drone operators, and cyclists with helmet cameras or Go Pros that may have been using the area on these days, but particularly the afternoon of VE Day."

Information can be submitted online at mipp.police.uk/operation/44HC20E08-PO1.