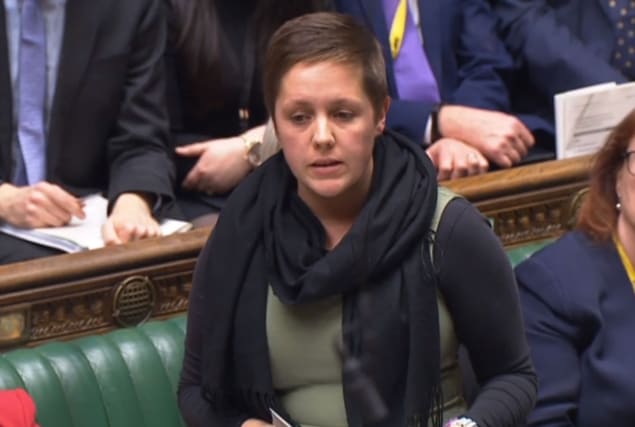 The allegation that Dominic Cummings made more than one journey between London and Durham “is now an issue of Boris Johnson’s judgment and integrity”, according to the SNP’s Westminster deputy leader.

Kirsty Blackman spoke out as a number of Tory MPs broke ranks on Sunday morning to criticise the Prime Minister’s top aide who has been the subject of numerous national newspaper reports.

Initially it was suggested Mr Cummings drove 250 miles between London and Durham despite the guidelines on travelling, and while showing symptoms of coronavirus.

However fresh claims emerged in the Observer and Sunday Mirror that he made a second trip to Durham last month after having returned to work at Westminster.

Ms Blackman said: “The Tory Government now has serious and growing questions to answer about Dominic Cummings’ rule-breaking and the Downing Street cover-up.

“Despite having eight weeks to get their story straight, the excuses are just not credible and do not stack up. This is now an issue of Boris Johnson’s judgment and integrity.

“A mounting rebellion of Tory MPs have joined calls for Dominic Cummings to go. They understand the lasting damage this is doing to public confidence in the Tory Government and its Covid-19 response.

“The longer Mr Cummings stays in place, the more he will undermine the Tory Government’s credibility and the more people will question the Prime Minister’s judgment.”

On Saturday the SNP group’s Westminster leader Ian Blackford called on the head of the civil service Sir Mark Sedwill to investigate the issue.

Mr Blackford highlighted the “matter of serious public concern” with several questions for Mr Johnson including when he found out about the initial trip and what role the UK Government played in “keeping the public in the dark for eight weeks”.

His deputy Ms Blackman on Sunday said: “The SNP will continue to press for a Cabinet Office inquiry into the breaking of the rules and the Downing Street cover-up, which left the public in the dark for so long.

“As Scottish Tory leader Jackson Carlaw said: ‘There cannot be one rule for bosses and another for everyone else’.

“Polling shows the majority of the public think Mr Cummings should go. Boris Johnson must come out of hiding and show Mr Cummings the door.”

She also pointed out the north-east of England “is now one of the hardest hit parts of the country”.

Prof Sridhar suggested the UK Government had “misread” the public over the case with Mr Cummings.

She said: “I think the key message still needs to be ‘follow the regulations of the Government’ – you should not let one person detract from the larger message.

“But also we really need to think about who is making sacrifices and bearing the brunt of this lockdown.

“I think possibly the Government has misread the reading of this – this is not a political issues, this is about right and wrong, a public health response and trying to get through a crisis where every single person is affected.”