Q&A: What is the Dominic Cummings row all about? 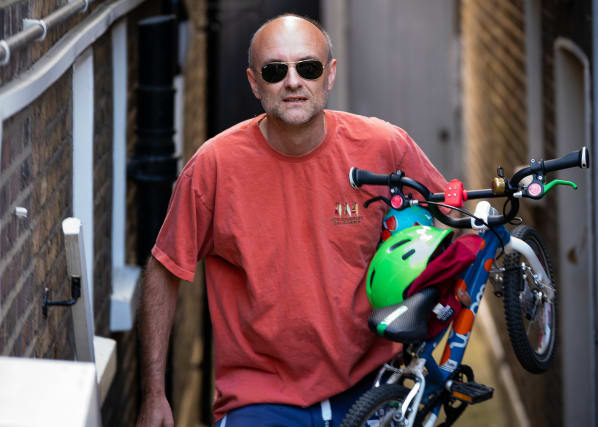 The political row over the movements of the Prime Minister’s chief aide during lockdown has seen the Government repeatedly asked for more clarity over the issue.

Both the Labour Party and SNP have questioned who knew, and when, that Dominic Cummings had travelled from his home in London to County Durham – and whether this was a breach of rules at the time.

Here is a summary of what we know so far:

– What is Dominic Cummings accused of doing?

Boris Johnson’s chief adviser travelled more than 260 miles during the coronavirus lockdown to Durham in the north east of England, to be near his family.

Critics have claimed that such a journey was a potential breach of official guidelines, which at the time told the public they could only leave their homes for very limited reasons to help stop the spread of coronavirus.

– Why are people angry at him?

Ministers have repeatedly praised the British public for observing strict lockdown rules which have been in place since March 23.

Limitations on movement has left many cut off from their friends, partners and family for several weeks.

As a result, Mr Cummings’ journey to be close to relatives has been perceived as a hypocritical move by some, from a man close to the Government’s response to the pandemic.

– When did this happen?

It has not been precisely revealed when Mr Cummings made the journey north from London, but Durham police said that on March 31 they were “made aware of reports that an individual had travelled from London to Durham and was present at an address in the city”.

– How did the police intervene?

The force said officers “made contact with the owners of that address who confirmed that the individual in question was present and was self-isolating in part of the house”.

It added: “In line with national policing guidance, officers explained to the family the arrangements around self-isolation guidelines and reiterated the appropriate advice around essential travel.”

But a subsequent statement issued by Downing Street on Mr Cummings’ actions said that “at no stage was he or his family spoken to by the police about this matter, as is being reported”.

– What is Mr Cummings’ justification for his actions?

The Downing Street statement said: “Owing to his wife being infected with suspected coronavirus and the high likelihood that he would himself become unwell, it was essential for Dominic Cummings to ensure his young child could be properly cared for.

“His sister and nieces had volunteered to help so he went to a house near to, but separate from, his extended family in case their help was needed.

“His sister shopped for the family and left everything outside.”

Transport Secretary Grant Shapps said on Saturday that Mr Cummings had been “staying put”, and “didn’t come out again until he was feeling better”.

– Did Mr Cummings have coronavirus at the time?

On March 30, Downing Street confirmed that Mr Cummings was suffering from coronavirus symptoms and was self-isolating.

This came three days after both Mr Johnson and Health Secretary Matt Hancock tested positive for the virus.

– What were guidelines on movement at the time?

Lockdown rules from March 23 only allowed people to leave home for limited purposes, which included shopping for basic items, one form of exercise a day, travelling to and from work only where absolutely necessary and for medical needs.

People could also leave home to provide care or help to a vulnerable person, but no mention was made of childcare in the published guidance.

Those with coronavirus symptoms had to stay at home for at least seven days, with all other members of the same household required to stay indoors for 14 days.

The Prime Minister said people should not meet family members who do not live with them.

Only in exceptional circumstances were people allowed to attend relatives’ addresses; for example, to drop off food or medicine to their door.

However, Dr Jenny Harries said at the daily Downing Street press briefing on March 24 that a small child could be considered “vulnerable”.

“Clearly if you have adults who are unable to look after a small child, that is an exceptional circumstance,” she said.

At a briefing on Saturday, she said: “All of the guidance has a common sense element to it, which includes safeguarding around adults or children.”

Mr Shapps also said it had always been permissible for families to travel to be closer to their relatives as long as they “go to that location and stay in that location”.

The PM’s aide has said he acted “reasonably and legally”.

But the SNP has alleged that Mr Cummings’ actions amounted to “rule-breaking”.

Both it and the Labour Party have called for the civil service to investigate the matter.

– Who knew Mr Cummings had travelled to Durham?

Asked at the Downing Street briefing on Saturday if Mr Johnson knew about about Dominic Cummings’ actions and had approved them, Mr Shapps highlighted that the Prime Minister had been unwell in hospital around the time in question.

He also said: “The Prime Minister will have known he was staying put and he didn’t come out again until he was feeling better.”

– Who has defended Mr Cummings?

Mr Shapps said on Saturday: “I can tell you the PM provides Mr Cummings with his full support.”

It followed Mr Hancock, Minister for the Cabinet Office Michael Gove and Foreign Secretary Dominic Raab all tweeting their support for the Prime Minister’s adviser.

– Has guidance on movement changed since this incident?

People must still stay at home for seven days if suffering coronavirus symptoms, with other household members still required to stay in for 14 days too.

The public is generally encouraged to stay at home as much as possible, but those without symptoms can now exercise more than once a day and travel to outdoor spaces.

You are now allowed to meet one person at a time from another household, but this must be outdoors with a gap of two metres kept between you.

People are not allowed to visit family and friends at their homes.