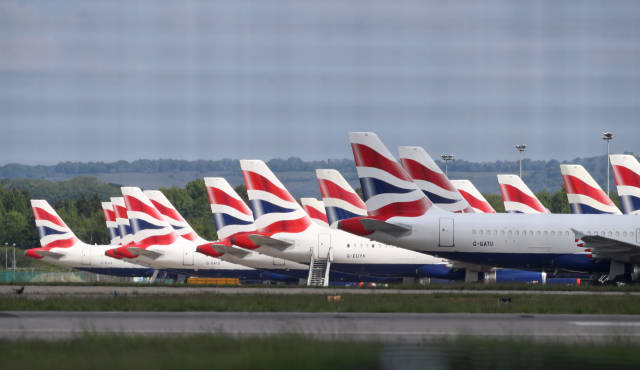 A campaign is being launched to warn of the “damage” caused by plans by British Airways to cut 12,000 jobs.

Unite accused BA of using the Covid-19 crisis to “betray” staff and passengers.

General secretary Len McCluskey has written to members of the board of BA’s parent group, IAG, saying he has authorised a campaign to defend his members’ jobs.

He wrote: “I have no option but to do all I can to protect my members and shine a light on your betrayal of Britain and your cynical use of this crisis as cover for your corporate greed.

“We will ensure that the public, customers, businesses and all other stakeholders, will be made aware of your deplorable actions and the detail of how you as a company have acted in this crisis.

“All interested parties will be engaged by all and any means possible and I am sure that many will make decisions in light of your actions.”

“If BA are not trying to use this crisis for corporate gain, then why has the company not agreed to come to the table to seek temporary measures until revenue returns?

“British Airways’ plan to use the worst health crisis in a century to strip loyal workers of their terms and conditions is a betrayal of workers and of Britain.

“We are launching a major public campaign to alert BA’s customers, shareholders and partners both in Britain and internationally, of the severe and permanent damage being done at a time of national crisis.”

BA said in a statement: “We are acting now to protect as many jobs possible.

“The airline industry is facing the deepest structural change in its history, as well as facing a severely weakened global economy.

“We are committed to consulting openly with our unions and our people as we prepare for a new future.”