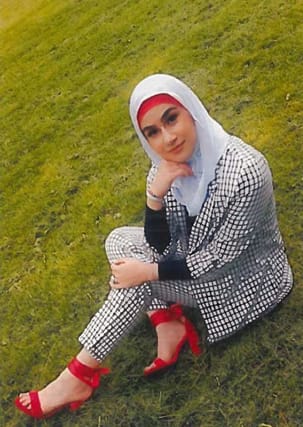 Two men have been charged with the murder of a law student and the attempted murder of their intended target in a drive-by shooting.

Innocent passer-by Aya Hachem, 19, was gunned down as she walked to a supermarket near her home in Blackburn, Lancashire, on Sunday.

The first of two shots fired from a passing vehicle hit a building but the second fatally struck the teenager in the chest.

Feroz Suleman, 39, of Shear Brow, Blackburn, and Abubakir Satia, 31, of Oxford Close, Blackburn, have been charged with murder and attempted murder.