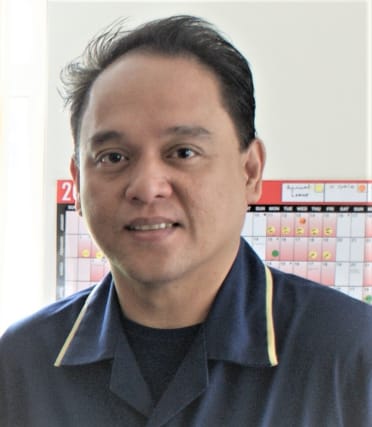 A “fiercely proud” nurse who died after contracting coronavirus had been working to keep his colleagues safe.

Joselito Habab, known as Jo, died at Whiston Hospital on Wednesday with his wife Michelle, an A and E nurse, by his side, a spokesman for Warrington and Halton Teaching Hospitals NHS Foundation Trust said.

The father-of-one, originally from Manila in the Philippines, joined the trust almost 18 years ago.

He worked as a staff nurse in trauma and orthopaedics until 2011 when he became a clinical nurse educator and was awarded employee of the month, the hospital spokesman said.

A statement on the hospital’s website said: “Jo was recently promoted to orthopaedic trauma nurse co-ordinator but before becoming ill, Jo was back in a key clinical education and training role keeping others safe by doing PPE training and fit testing for face masks.

“He was an exemplary nurse and role model and fiercely proud of being both a nurse and a member of the WHH family.

“He will be very sadly missed by all who knew and worked with him.”

A GoFundMe page set up in his memory described Mr Habab as a “true NHS hero”.

It said: “Jo was a fantastic colleague, always ready to help with a smile on his face.

“He worked hard and never left a task unfinished.”

Mr Habab’s 16-year-old son Dylan and his wife joined staff at Warrington Hospital for a minute’s silence on Friday.

To donate to the GoFundMe page go to www.gofundme.com/f/in-memory-of-joe-habab-a-true-nhs-hero