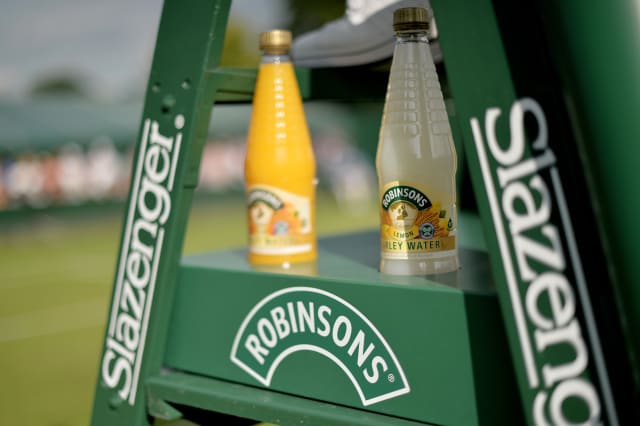 Robinsons and J2O maker Britvic may not get to showcase its hugely expensive sponsorship of Wimbledon this year due to the coronavirus crisis.

But bosses will be hoping to show off the public’s insatiable demand for soft drinks during lockdown as they update the City on Wednesday.

Britvic has already said it expects the closure of all pubs and bars to hit the business by between £12 million and £18 million a month, with on-trade sales making up 25% of business.

Data shows there has been an uptick in supermarket sales in the sector, but it is not expected to be enough to offset the fall from the closures.

What investors will want to know is whether they will be paying for the extra costs, with a decision expected over whether to suspend a planned interim dividend.

Analysts at Jefferies said a postponement had “potential” but pointed out the company had enough cash to see out the crisis.

In a note, they said: “Whilst the company has sufficient liquidity for the current uncertain environment, there is a scenario where the company postpones the decision around the interim dividend until later in the year.”

JP Morgan analysts added that they expect a dividend suspension and forecast a boost in sales for the company from the pre-lockdown stockpiling and strong supermarket sales.

The results cover the six months to March 31 and JP Morgan predict a 1% growth in organic sales, with underlying profits up 2% to £71.2 million.

But the City will want to know what the rest of the year will look like, with Wednesday’s results only covering a few weeks of lockdown.

Predictions from analysts are already suggesting full year profits will be down by around 20%. JP Morgan predicted an 8% rise in off-trade sales but a 66% drop in on-trade business in the second half of Britvic’s financial year.

At Jefferies, analysts said even with pubs reopening, it could take some time for consumers to return in sufficient numbers, with six months of disruption expected.

They wrote: “Whilst this may be conservative, we expect to see a delay between easing of restrictions and consumer behaviour in the on-trade returning to normal.”

The soft drinks market is also expected to fair better during the crisis than the beer sector, analysts added.

UK-based Britvic makes around 40% of its revenues from overseas, so will be hoping eased restrictions in other countries can help the business recover.

Its portfolio includes Robinsons, J2O, Tango and Fruit Shoot, among others, and it has the exclusive licence to produce and sell Pepsi and 7UP in the UK and Ireland.