Girl thought to have been murdered had ‘heart of gold’, friend says 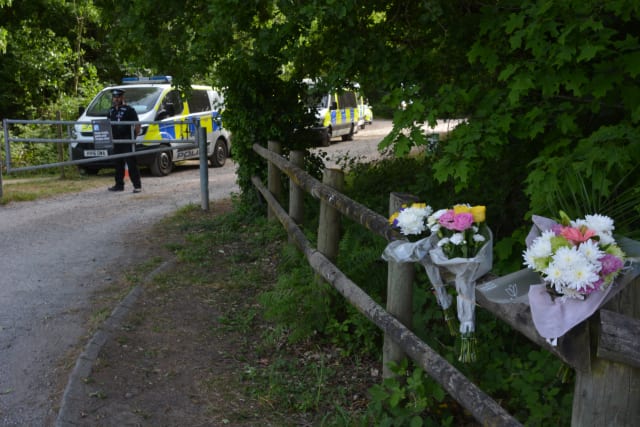 Friends of a 16-year-old girl who is believed to have been murdered have spoken of their devastation at the death of the "lovely girl with a heart of gold".

A body was found in a forested area in Havant, Hampshire, on Thursday by officers searching for Louise Smith, who had been missing since VE Day.

Local resident Mandy Ferdinando, who had known Louise since she was a young girl, laid flowers at the entrance to Havant Thicket, where the body believed to be the teenager's was found.

She told PA: "She was a lovely girl with a heart of gold.

"The community is devastated, sad, shocked, I can't speak for everybody but when anyone hears of a young person, whoever it may be, it's very sad."

A large number of police officers and vehicles remain in the area as searches for evidence continue.

Louise was last seen in Somborne Drive in the Leigh Park area at about midday on May 8.

Police forensic officers have been carrying out searches of a flat in the street and have blacked out the property's windows.

Neighbours have said it is believed that Louise had been staying with a couple at the flat.

John Singleton said: "I saw her on the day she went missing, she just went out walking, I didn't know where she was going.

"It's very sad, the outcome is the saddest, for a while we had some hope."

Describing the police activity at the flat, he added: "The police have been in and out carrying stuff."

A man and a woman, both aged 29, were arrested on May 15 on suspicion of kidnap and later released on bail.

Hampshire police have confirmed that the death is being treated as suspicious and Louise's family was being supported by specialist officers.

Detective Chief Superintendent Scott MacKechnie said: "Our officers will continue to be conducting enquires in the Leigh Park area and the extensive forensic work will continue for some days in the Havant Thicket."