EasyJet shareholders back board in feud with founder 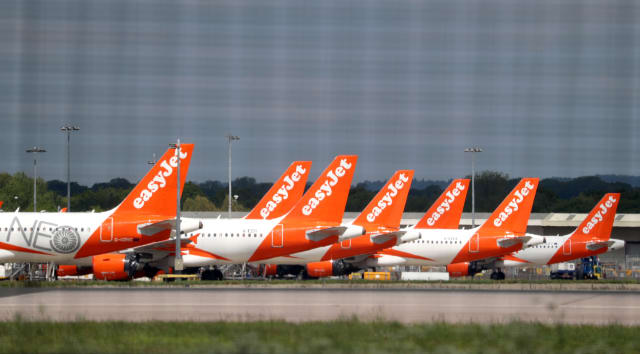 Shareholders in easyJet have backed the company’s board in a bitter dispute with founder Sir Stelios Haji-Ioannou over a multibillion-pound aeroplane deal.

EasyJet said that 99% of votes cast by independent shareholders were against Sir Stelios’s demands to remove the chairman, chief executive and two other directors from the easyJet board.

However, around 42% of votes cast were nevertheless in favour of firing the four. These were mostly Sir Stelios’s votes.

The outspoken tycoon had called those in charge of easyJet “scoundrels”, accusing them of sticking to a £4.5 billion deal with Airbus which he believes could eat up all the carrier’s money.

Speaking to shareholders at a meeting called by Sir Stelios, who still owns 34% of the business, chairman John Barton stuck by the deal.

He said it will replace many ageing planes, which need extra fuel and maintenance, and is vital for the business.

“The company has no right to unilaterally terminate the Airbus contract because of the Covid-19 crisis,” he said.

Terminating the contract could even call into question easyJet’s position as a budget carrier.

“The board believes that termination would be hugely detrimental and seriously impact the company’s ability to operate as a low-cost airline,” the chairman said.

The new planes will have engines that burn 15% less fuel, and cause 50% less noise on take-off and landing.

He also hit out at “unfounded” accusations against easyJet’s directors, saying that to remove the four directors, including himself, would be “extremely damaging and destabilising at this critical time”.

In response to a question from Sir Stelios, Mr Barton said that no incentives had been paid by Airbus to easyJet or its directors in a bid to win the contract.

“The board firmly rejects any insinuation that easyJet was involved in any impropriety,” he said.

It is a major blow for Sir Stelios’s campaign. He has promised to pay £5 million to any whistleblower who can reveal details that leads to the deal being cancelled.

After the vote was announced, Mr Barton said: “On behalf of the board I would like to thank shareholders for their support.”

He added: “The board seeks good relationships with all of the company’s shareholders and hopes to be able to re-engage constructively with Sir Stelios.”