Use Covid-19 to end rough sleeping for good – Labour leaders 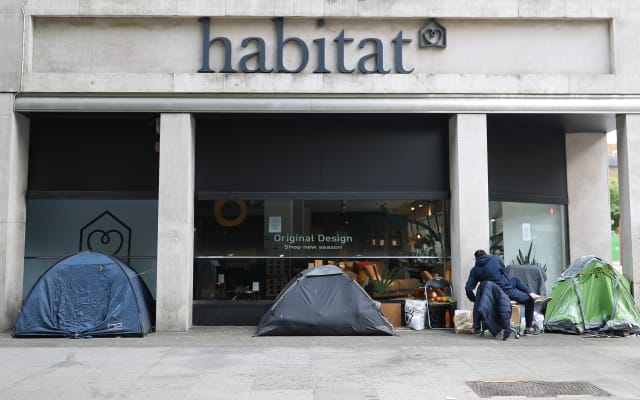 The Labour leadership is calling for ministers to use the Covid-19 pandemic to end rough sleeping, in what it has called a “once in a generation opportunity”.

When the outbreak was known to have hit British shores in March, the Government asked local authorities in England to house all rough sleepers and those in hostels and night shelters, with hundreds of people being put up in hotels in a bid to protect them from infection.

Since then, Labour said official figures demonstrated that 5,000 people had been taken off the streets.

But concerns have been expressed that the funding made available to take homeless people was about to be withdrawn after a report from the Greater Manchester Combined Authority (GMCA), leaked to the Manchester Evening News, claimed the Government had “drawn a line” under the Everyone In scheme and would no longer stump up the money.

A spokesman for the Ministry of Housing, Communities & Local Government (MHCLG) denied funding was being withdrawn but Labour, in advance of a call between leader Sir Keir Starmer and the party’s regional mayors, has called for ministers to use the current crisis to sort the country’s homelessness situation.

Sir Keir, along with shadow housing minister Thangam Debbonaire, is due to meet virtually with Labour city and regional mayors such as London’s Sadiq Khan and Greater Manchester mayor Andy Burnham on Thursday.

Others set to be on the call are Steve Rotheram, mayor of Liverpool city region, Sheffield city region mayor Dan Jarvis, and Jamie Driscoll, mayor of North Tyne.

In a statement put out before the online meeting, the leader and mayors said: “Coronavirus is the biggest crisis our country has faced for a generation.

“But it has also presented us with a once in a generation opportunity: to help thousands of rough sleepers off the streets for good.”

The leaders applauded the “dedicated funding” handed out by the UK Government to councils to allow them to assist the homeless in their areas, but said new reassurances were needed to ensure the former status quo of people sleeping rough did not immediately reemerge in the coming weeks.

“The dedicated funding to house rough sleepers is set to run out and no clear plans or resources have been put in place by Government for what happens next,” said Sir Keir and the mayors.

“The Government needs to provide clarity on their Everyone In policy, to include those made homeless during the lockdown, and certainty over the future funding arrangements.

“Without this we could see rough sleepers ending up back on the streets.”

In order for that to happen, policy changes were required to allow council officers to support those with no recourse to public funds and changes would be needed to housing benefit in order for to lay on “longer-term accommodation and provide wrap-around support to help them stay there”, they said.

The leaders added: “When this crisis is over, we cannot return to business as usual.

“Rough sleepers, some of whom are receiving support for the first time, have been brought safely off the streets.

“We cannot let that progress go to waste.

“If the Government is serious about its commitment to end rough sleeping, now is the time to act.”