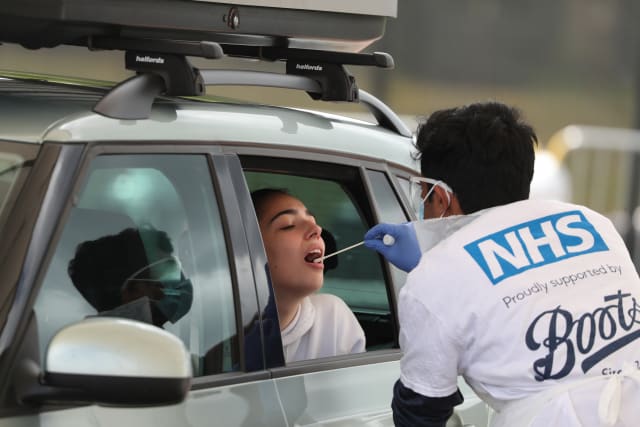 The Government has defended its position on track and trace, after NHS  leaders warned that action to control the future spread of coronavirus is coming late in the day.

Security minister James Brokenshire said he remains “confident” that a test, track and trace system will be in place by June 1 – the earliest date by which primary schools in England and some non-essential shops will reopen.

However, Mr Brokenshire admitted the NHS app would not be ready in time and suggested “technical issues” were behind its hold-up, just over a week after Health Secretary Matt Hancock said it would be rolled out across England in “mid-May”.

It comes as the NHS Confederation issued a stark warning that time is running out to finalise a track and trace strategy to avoid a potential second surge of Covid-19.

Niall Dickson, chief executive of the body which represents health and care leaders, has written to Mr Hancock saying there could be “severe” consequences to staff and patients if the right system is not put in place quickly.

He added that the lockdown should not be eased further until a clear plan is in place, which must involve local leaders with experience in contact tracing.

In the letter, he said: “We are 10 weeks into the pandemic, and developing a strategy with a well-worked-through local base should have been in place much sooner.

“If we do not rapidly instigate the right system, involving the right people, then the ramifications for the NHS, including its staff and its patients, could be severe.”

Mr Dickson told BBC Radio 4’s Today programme the detail was coming too late and urged the Government to “get on” with it.

He said: “We are absolutely clear that contact tracing is the right thing to do, it is absolutely critical, it has got to be in place to prevent any notion of a second surge if the lockdown is being further released.

“I think, like everyone else, we support the Government’s determination to set up an effective system.

“Our concern is that this has been done quite late in the day, we haven’t yet seen the detail.

“In particular, I think we’re concerned at the role of local contact tracing and how that complements what is happening at national level.

“The directors of public health have expressed concern at not being involved until very recently.”

He said the Government had made some “later moves” to involve local leaders “but we need to join up the national with the regional and the local”.

He added: “I think it is being done very late in the day and we really do need to get on with this.

“I’m not saying it is impossible to do it, but I think there is concern among those at local level because we’ve seen – not occasionally, we’ve seen often – where national stuff is done with the best of intentions, but unless the local context is understood it doesn’t really work as well as it should.”

He said it was “only recently, to be brutally honest” that the Government’s rhetoric changed to recognise the role of local officials who understand contact tracing.

– John Holland-Kaye, chief executive of Heathrow Airport, signalled his tacit support for Government plans to impose a 14-day quarantine programme for anyone arriving in the UK from abroad, but firmly backed the idea of “air bridges” between countries with lower infection levels.

– EasyJet is to resume a small number of mainly domestic flights from 22 European airports from June 15.

– Mr Brokenshire said the Government is looking at implementing a “key word” system so domestic abuse victims struggling in lockdown can access help.

– Welsh health minister Vaughan Gething defended his government’s policy on coronavirus testing in care homes, after the Older People’s Commissioner for Wales reported the administration to the Equality and Human Rights Commission (EHRC) over alleged failures.

– London Mayor Sadiq Khan has said he remains “very cautious” about easing more lockdown measures as cases continue to fall in the capital.

Speaking on Thursday, Mr Brokenshire said he believed it was safe for schools to return before the contact tracing app is rolled out, adding that the app would “supplement” human contact tracers.

He said the Government was dealing with the feedback given on technical issues with the app so far.

He told Sky News: “I think it is important that we put in place all the things we can as quickly as we can.

“We obviously want to see that the app is put in place well and effectively, learning from the experience in the Isle of Wight and dealing with any… all of the feedback that we’re receiving on some of the technical issues, to ensure that that is as strong as we can make it.

“But that should not stand in the way of the introduction of the track and trace arrangements that I’ve explained.”

Meanwhile, Boris Johnson’s desire for a UK-wide response to the coronavirus crisis may face further setbacks when Nicola Sturgeon outlines her plans for easing the lockdown in Scotland.

The Scottish First Minister will on Thursday detail how she will begin the “very gradual process” of easing restrictions north of the border while continuing to suppress the spread of Covid-19.

When the Prime Minister outlined his own plans for England, leaders of the devolved nations refused to adopt his “stay alert” advice and opted for a more cautious approach.

Ms Sturgeon declined to follow him in encouraging some workers back to their jobs, but has said she could begin relaxing measures from May 28.