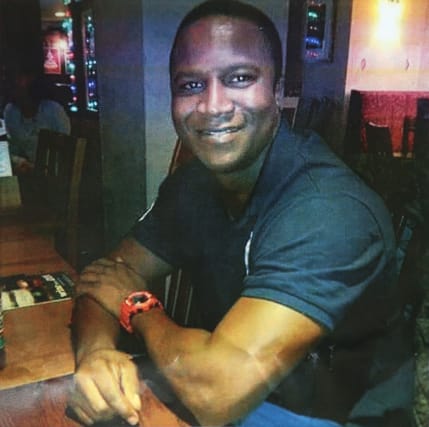 The scope of a public inquiry into the death of a man who was being restrained by police has been laid out by the Scottish Government.

Sheku Bayoh, 32, died in May 2015 while being held by officers who were responding to a call in Kirkcaldy, Fife.

His family have previously claimed race played a part in his death and they criticised the subsequent investigation.

Justice Secretary Humza Yousaf, who announced the inquiry in November, said on Thursday that the probe will examine the circumstances leading up to the incident, the subsequent management process and the investigation into his death.

It will also seek to establish the extent to which Mr Bayoh’s actual or perceived race played a part in events, if any.

Aamer Anwar, lawyer for the family, said: “The Bayoh family welcomes the unprecedented and wide-ranging terms of reference now published for the public inquiry.

“Sheku’s loved ones have long believed that the Crown Office and Police Investigations and Review Commissioner (Pirc) betrayed their struggle for justice, but they hope this inquiry will robustly search for the truth and hold power to account.

“I pay tribute to the courage and perseverance of Collette (Bell) – Sheku’s partner – and Sheku’s family, without whom this inquiry would never have been possible.”

The inquiry was announced after the Crown confirmed it would not be bringing any prosecutions over his death.

Mr Yousaf met with Mr Bayoh’s family and other interested parties to discuss the terms of the probe, and he acknowledged not all the issues they raised will be included.

He said: “When I announced in November that a public inquiry was to be held, I said then that it is imperative that the circumstances leading up to Mr Bayoh’s death and the events that followed are examined in full and in public.

“I am pleased that today brings us a further step closer to that.

“I met with key parties, including the family of Mr Bayoh, to discuss the approach to the terms of reference.

“While they do not feature all of the issues raised with me during my discussion, the terms of reference do focus on the incident and are sufficiently broad enough to allow the chair to look at wider issues he may consider relevant to the inquiry.”

Chairman of the inquiry judge Lord Bracadale added: “I welcome the announcement of the terms of reference of the public inquiry.

“I believe that they will enable my inquiry to conduct a thorough examination of the circumstances surrounding the death of Mr Bayoh and the wider issues arising.”

The Scottish Government said the Covid-19 pandemic has had an impact on the ability to take forward parts of the work, included identifying a venue for the inquiry, as resources have had to be “focused on essential coronavirus priorities”.

But it added work continues and the Justice Secretary is expected to provide further updates in due course.

Mr Anwar added: “It is essential as the work of the inquiry commences that those appointed as assessors/panel members to assist Lord Bracadale have the confidence of the family in that they are not the ‘usual suspects’ and have a proven track record on race equality and holding power to account.”