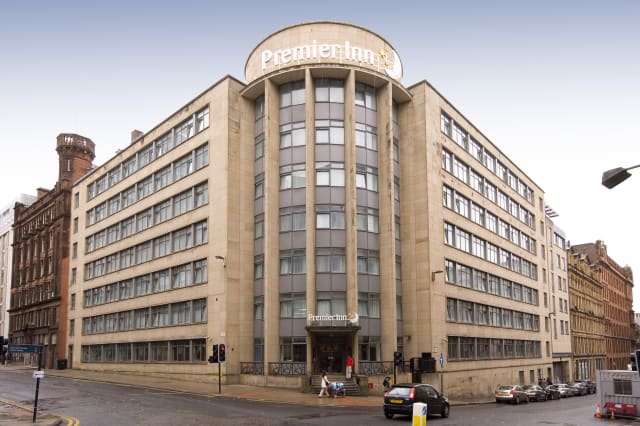 London’s top shares took a tumble on Thursday as a bad day for British banks was largely offset by a good showing for the country’s airlines.

The market shrugged off data that suggests the UK’s private sector has fared better in May, bouncing back from last month’s all-time lows.

However, while the purchasing managers index (PMI) showed that companies were not suffering as much, they are still far from out of the woods.

“Investors, then, didn’t pay too much attention to wave upon wave of better than forecast flash manufacturing and services PMIs, not only in the US, but the Eurozone and UK as well,” said Spreadex analyst Connor Campbell.

“That might also be because, though they have certainly improved month-on-month, that’s not saying much given where they were at in April.”

David Madden, an analyst at CMC Markets, said that investors are cautious that a second wave of covornavirus infections could be sparked as lockdown restrictions are slowly lifted.

“A number of countries that have loosened their lockdown restrictions have seen the number of new cases increase, so that is playing on traders’ minds,” he said.

On the continent, the Dax, Germany’s top index, closed down 1.4%, while the French Cac index dropped 1.2%.

In company news, Premier Inn owner Whitbread ended the day bottom of the pack, as it revealed plans to raise £1 billion by selling new shares as most of its hotels and restaurants remain closed. Around 27,000 employees have been furloughed on full pay. Shares fell 13.4%.

Drugmaker AstraZeneca did much better, rising 0.9% after it revealed that it can begin supplying an as-yet unproven coronavirus vaccine by September. It has already signed contracts for at least 400 million doses of the vaccine.

Meanwhile, humans being at home was not good for Pets at Home as the retailer warned profits will be materially lower than predicted as owners used up the items they had stockpiled for their pets. Shares dropped 4.3%.

Inchcape revealed that revenue fell by 32% in the four months to the end of April, despite a strong start to the year. Its shares fell 7.8%.

Rival car retailer Pendragon said that it was expecting a £10 million hit to pre-tax profit because of the Covid-19 pandemic, sending its shares up 4.5%.

And finally, ahead of a showdown meeting tomorrow, easyJet founder Sir Stelios Haji-Ioannou revealed the questions he will ask management, as he tries to oust the budget carrier’s chief executive and chairman. EasyJet ended the day up 4.4%, lifted by an overall rise in the airline industry.

The price of a barrel of Brent crude oil had risen by around 1.2% to 36.15 as markets closed in Europe.