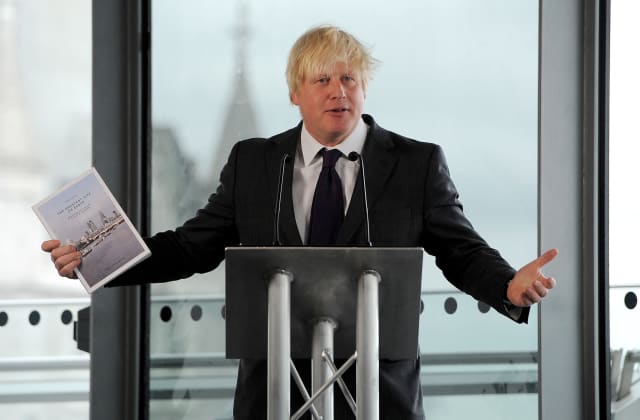 The police watchdog has decided not to open a criminal investigation into allegations Boris Johnson gave favourable treatment to US businesswoman Jennifer Arcuri while he was London mayor.

A spokesman for the Prime Minister described the allegation as a “politically-motivated complaint” that was “untrue and unfounded” and called the review a waste of police time.

Here are some of the key findings:

Neither was the future PM found to have sought to influence or played an active part in securing her attendance on foreign trade missions.

Mr Lockwood concluded that it was necessary to launch an investigation into whether the PM committed misconduct in public office.

– Evidence of an intimate relationship

The scoping exercise concluded there was a “close association” between the pair, having known each other since 2012.

An individual described as “Witness A” told the IOPC that Ms Arcuri had said she was in a sexual relationship with Mr Johnson, which started sometime before a period in 2014.

But the three paragraphs of evidence relating to the witness are redacted from the report.

Evidence suggested they were in an “intimate/sexual relationship” during the 2015 New York trade mission.

The review notes that neither Mr Johnson or Ms Arcuri have ever denied having a relationship.

And there were rumours at the time, with one individual identified as “Mr I” who worked for the mayor acknowledging this.

But he said he did not know if they were true, telling the IOPC: “You don’t ask your boss if they’re having an affair with somebody.”

– Staff were influenced by knowledge of the relationship

As early as February 2013 an email from an individual at the mayor’s London & Partners (L&P) promotional agency referred to Ms Arcuri as being “close to Boris” in an email to colleagues and further messages supported the notion that staff had been influenced by knowledge of the relationship.

Mr Lockwood said that “there was evidence to suggest that those officers making decisions about sponsorship monies and attendance on trade missions thought that there was a close relationship between Mr Johnson and Ms Arcuri, and this influenced their decision-making”.

A 2015 mission to New York received the greatest scrutiny from the IOPC, with evidence they were in an “intimate/sexual relationship” at the time and Ms Arcuri not being eligible to participate.

Mr I said Mr Johnson had been briefed on the guest list and “rolled his eyes because there was a kind of like ‘oh good old Jennifer’ sort of thing”.

This knowledge did not amount to misconduct, Mr Lockwood said, but the PM was “unwise” not to have declared their relationship at that stage and ensured she was not being given favourable treatment.

– Mr Johnson will be probed further over his conduct

Mr Lockwood said that, if Mr Johnson was indeed in an intimate relationship with her, then he would warrant further investigation from the London Assembly.

The future PM may have fallen foul of principles on public life by not declaring their association and therefore may have brought the body into disrepute in a breach of City Hall’s code of conduct, the director general wrote.

The Labour-majority assembly swiftly announced it would resume its own probe.