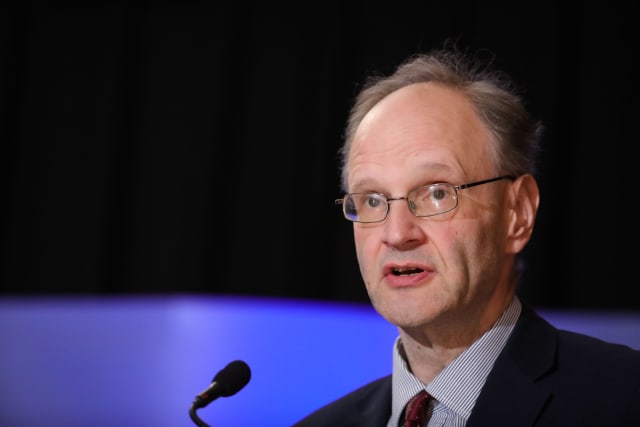 Schools should aim to reopen to key groups of pupils in the third week of August, Northern Ireland’s education minister said.

All children are intended to restart classes on a phased basis, involving a mixture of physical attendance and remote learning, in September if enough progress is made in curbing coronavirus.

Exams for entrance to post-primary schools are due to be held two weeks later this autumn to allow more time for primary teachers to catch up on lost lesson time since the lock down halted teaching in March.

Minister Peter Weir said: “This will not be a return to school as it was prior to Covid, but rather a new normal reflective of social distancing and a medically safe regime.

“For all pupils it will involve a schedule with a mixture of school attendance and remote learning at home.”

Subject to medical guidance and safety, it will be his aim to see a phased reopening of schools, beginning with a limited provision for ‘key cohort’ years in late August, followed by phased provision for all pupils at the beginning of September.

Mr Weir added: “Finally, in line with the Executive strategy, contingent upon medical guidance and scientific evidence around susceptibility and transmission, consideration may be given to a full return for cohorts of younger pupils.”

He gave evidence to an ad-hoc committee of Assembly members at Stormont examining the powersharing Government’s coronavirus response.

Private providers have decided to press ahead with academic selection among P7 pupils seeking entry to grammar schools, with a slightly delayed schedule.

Catholic archbishop Eamon Martin has supported calls for the exams to be suspended this year in the best interests of children.

If transfer tests were delayed until after Christmas to allow more time for preparation it could be October before appeals are complete, well into the new academic year, Mr Weir said.

He added that sort of time line was not acceptable and scrapping them altogether would create a void.

“If the tests are done there will be a period of a number of weeks before the results are available.

“There is always a degree of challenge and difficulties.”

Alliance Party Assembly member Chris Lyttle said he had been inundated by concerns from parents related to the impact of the coronavirus pandemic.

“This is about thousands of 10 and 11-year-old children across Northern Ireland and their best interests.”

Mr Weir said up to 24,000 devices will be lent to more vulnerable and deprived pupils for remote learning over the next few months.

At present 1,500 vulnerable children and those of key workers are undergoing supervised learning every day at 450 schools supervised by 2,000 teachers and educational staff.

The minister added: “This is the biggest public health crisis we have faced in living memory and the Executive’s priority is to help keep people safe and to support those who have faced real hardship.”

An extra seven deaths involving Covid-19 were announced by Northern Ireland’s Health Department on Thursday, bringing the total to 501.

An extra 42 people tested positive for the virus, bringing the total of 4,481.