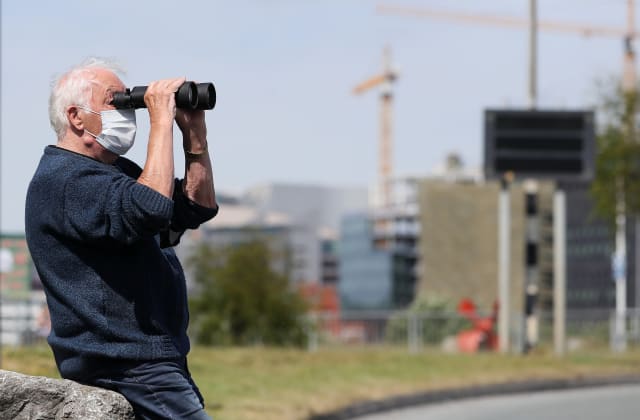 Ireland’s tally of daily new coronavirus cases has fallen below 100 for a sixth day in a row.

Recent accounts and images have shown packed beaches near Dublin as Ireland eases its lockdown restrictions.

The professor modelling the virus’s spread for the state, Philip Nolan, said: “I remain hopeful that we can keep this up and keep the virus suppressed.”

He said that was not based on any calculation of statistics.

“That is an expression of faith in humanity.”

Ireland’s rate of spread is at around 0.5 per infected person. The aim is to keep it below one to stop the virus transmitting exponentially.

The death toll has risen to 1,583 after a further 12 deaths were announced by the National Public Health Emergency Team.

There were 76 new confirmed cases of the infection, bringing the total since the outbreak began in Ireland to 24,391.

Professor Nolan added: “The population has achieved an enormous interruption of viral transmission.”

He said he was confident most cases were being detected and the capacity to test had increased significantly.

“All of the indicators are that transmission of the virus in the population is falling.”

“This is very positive and demonstrates the extent to which the public’s actions have limited the spread of this disease.

“However, it is only through continued commitment to hand washing, respiratory etiquette and physical distancing that we will remain successful in suppressing the spread of Covid-19 through the community.

“Most indicators continue to improve, with ICU and hospital admissions, number of cases per day and number of deaths per day continuing to decline.

“Prevalence of the virus remains low in the community. The reproduction number is well below one, so our task remains to maintain low transmission of the virus.”

He said if people stopped physically distancing, adhering to public health guidance, there was always the risk the positive trends would go in the opposite direction.

“It is very important at this point that people do not become complacent.

“The R number is very finely balanced at any one point in time and it would not take much to have us go from 0.5 to 1.5, and have us right back to where we were.”

He could not rule out a second wave of infection, adding that a very low proportion of the population has been exposed to Covid-19 and there was little immunity.

Dr Glynn said that there is not any specific plan to reach 100,000 tests a day, but that anyone who needed it would be tested and there was spare capacity.