How do plans to reopen schools differ across the UK? 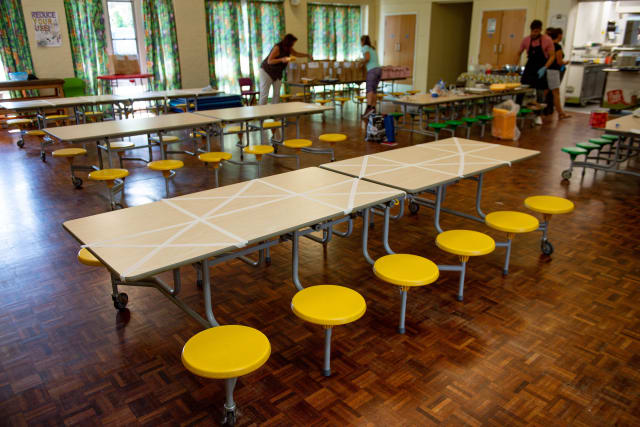 Schools, colleges and nurseries across the UK closed more than eight weeks ago due to the coronavirus outbreak, remaining open only for vulnerable pupils and the children of key workers.

Boris Johnson unveiled proposals to allow more children in Reception, Year 1 and Year 6 to return to school in England from as early as June 1 as part of his strategy for easing lockdown restrictions.

But the devolved administrations in Scotland, Northern Ireland and Wales have adopted different approaches to sending children back to the classroom.

So what are the plans for the different nations?

The Scottish Government aims to have all children back in schools on a part-time basis on August 11.

Teachers will return to school during June to prepare for the attendance of pupils, while there will be support where available for pupils moving into primary 1 or moving from primary to secondary school.

Education Secretary John Swinney said parts of the school estate could be expanded to allow social distancing to be observed, and community and leisure centres, conference halls and libraries could be used to allow pupils to spend more time with teachers.

Schools will reopen towards the end of the summer holidays in Scotland, but children will return to a “blended model of part-time in-school and part-time at-home learning” to allow for social distancing.

All children are intended to restart classes on a phased basis, involving a mixture of physical attendance and remote learning, in September if enough progress is made in curbing coronavirus.

But the education minister has said schools in Northern Ireland could reopen to pupils preparing for exams in the third week of August.

Those studying for major public tests and transfer from primary to post-primary schools would be among the first to return to classes under an envisaged phased reopening, Peter Weir said.

Exams for entrance to post-primary schools are due to be held two weeks later this autumn to allow more time for primary teachers to catch up on lost lesson time since the school closures.

The Welsh Government has not given any dates for when the country can expect schools to reopen.

Wales’ plan to exit the lockdown sets out that restrictions will be eased through three stages – red, amber and green – and each of the stages will see a “cautious” lifting of measures.

If the virus remains under control, the amber zone would follow and include allowing priority groups of pupils to return to school. Further control of the virus would move the country into the green zone, allowing all education to resume.

Education minister Kirsty Williams said she would refuse to set an “arbitrary date” for a return to schools, saying the Government first needed to see more evidence about the disease.

The Government expects pre-school children to be able to return to early years settings, and for Reception, Year 1 and Year 6 pupils to be back in school, from the start of next month.

Young children could start returning to nurseries and primary schools in England from June 1, with the Government aiming for all primary school pupils to go back for a month before the summer holidays.

The Government has also said secondary schools and colleges should aim to offer some “face-to-face contact” with Year 10 and 12 students who have key exams next year during the summer term.

A final decision on whether to go ahead with reopening schools is expected to be taken by the Government on or before May 28 after the most up-to-date scientific evidence has been reviewed.

Are there different approaches to reopening among schools in England?

Ministers have came under growing pressure from councils, predominantly by Labour-run local authorities in the north of England, who have ruled out a wider reopening from June 1.

It is likely that local authority-run primary schools in England will look closely at what their council has to say before deciding whether to reopen on the first week of June.

A number of councils, alongside teaching unions, have been calling for the scientific evidence underpinning the decision to reopen schools in England to be published. This is expected on Friday.

Academies, which are state schools that are not run by councils, could follow the advice of their local authority, or they may make their own decisions on whether to stick to the Government’s time scale.

But already a number of chief executives of academy chains have said schools must reopen soon to avoid “irreparable” damage to vulnerable children.

Steve Chalke, founder of the Oasis Trust, which has 35 primary schools, said the trust plans to admit more pupils to its schools from June 1 as he said it is “common sense” to create an opportunity for pupils to return to school.

Sir Steve Lancashire, chief executive of REAch2, the largest primary academy chain in England, also plans to open all their schools for the priority year groups.

Some private schools may consider keeping children in Year 6 at home when schools reopen more widely, an independent school chief has suggested.

Christopher King, chief executive of the Independent Association of Prep Schools (Iaps), which has more than 600 members, said he expects the vast majority of members in England to reopen to more pupils from June 1.

But he told the PA news agency that some private schools may decide to remain closed to Year 6 pupils who can continue their virtual learning at home.

Mr King also warned that it may be difficult for some independent schools to open if they are located in local authorities advising against a June 1 reopening.