The boss of the UK's busiest airport has signalled tacit support for the Government's plan to quarantine anyone arriving into the UK from abroad.

But he said a "risk-based" approach was needed to get people flying again.

Heathrow chief executive John Holland-Kaye said he backed the idea of "air bridges" between countries with low levels of infection, to provide a fillip to the beleaguered tourism sector.

It comes as the airport began trialling new thermal screening measures to detect elevated temperatures of arriving passengers, which Mr Holland-Kaye said "could be part of a future common international standard to get people flying again".

He told BBC Radio 4's Today programme: "The Government's got a tough job to do.

"If they think that quarantine is the right thing to do I think we have to go with that, but it has to be time-limited and we have to plan for what comes next.

"The idea of air bridges ... is a very sensible way of doing that.

"There is no perfect way to make sure only healthy people fly at this stage, so we have to take a risk-based approach.

"As the level of transmission comes down in this country and in other countries, we need to find a way that the vast, vast, vast majority of people who don't have a disease can still fly."

Health Secretary Matt Hancock has previously warned foreign summer holidays were unlikely this year, while Culture Secretary Oliver Dowden said on Wednesday that domestic holidays could be possible by the beginning of July, if the rate of coronavirus infection was kept down.

Heathrow began using camera detection systems on Thursday in a trial to monitor the temperatures of many people moving through the airport.

At this stage the trial is to determine only whether the technology works, meaning any passenger arriving with a high temperature would not be stopped.

Mr Holland-Kaye told the Today programme that the "mis-match of measures" to check for patients with possible coronavirus infection across different countries "really confuses the travelling public" and said there was a need for a universal standard.

He said: "We have followed Public Health England's advice. Now we have started working with them to introduce this thermal screening. It's not yet government policy. 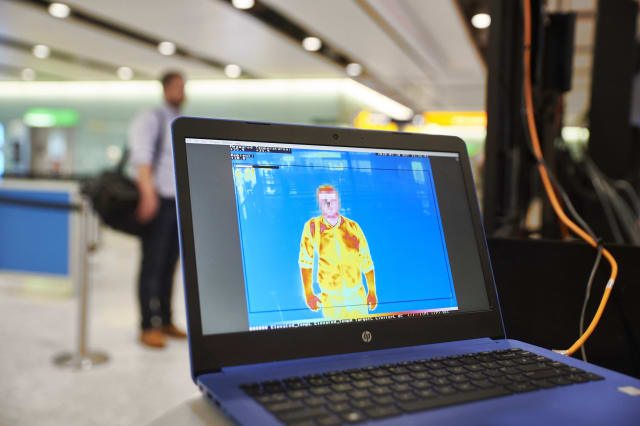 "But we are a global hub airport, we are the lifeblood of the UK economy.

"Many of our passengers are travelling all over the world , very often connecting, and we need to adopt a common international standard, not just a UK standard."