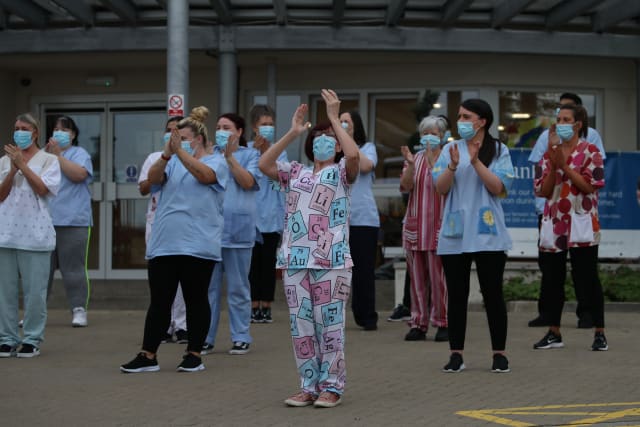 One of the UK’s largest care home providers will now give full pay to workers self-isolating as they wait to be tested for coronavirus.

HC-One staff members were told of the change in a message from company chairman Sir David Behan on Thursday.

Previously, carers working for the company – which has more than 300 care homes across the UK – were given statutory sick pay of £95.85 per week if self-isolating with suspected Covid-19.

Across the company’s homes, there have been 5,153 suspected or confirmed Covid-19 cases, resulting in the death of 923 residents, since the start of the pandemic, according to its latest figures published on Wednesday.

The deaths include 10 at the Home Farm care home in Portree, Skye, where NHS Highland has stepped in to play a greater role in running the facility after the Care Inspectorate raised concerns, as 30 other residents and 29 staff tested positive.

Outlining the temporary changes to the sick pay policy, Sir David told staff the changes had been made after listening to feedback from workers and the GMB union.

He wrote: “I am therefore pleased to inform you that we will be paying full pay to colleagues whilst they have a positive Covid-19 test.”

He added workers who previously tested positive and were given statutory sick pay would get the extra pay backdated.

Scotland secretary of GMB Gary Smith, said: “We have been fighting from the outset of this crisis to ensure private care workers are protected with full pay if they fall sick or must self-isolate.

“We told employers and government a testing regime is undermined if it does not go hand in hand with full sick pay, and without it tens of thousands of low paid workers, and mainly women, face poverty in sickness.

“HC-One has now recognised this scandal and their decision is the right thing to do.

“The changes GMB has won for HC-One workers across the country should act as a trigger for full coverage across the private care sector – no excuses.

“Everyone should now recognise the valuable work performed by this largely female workforce, but it should not have taken an unprecedented public health crisis to wake up to the shameful conditions of workers in the care sector.

“Today’s announcement should fire the starting gun on the changes we need to see in the social care sector to ensure these workers, scandalously underpaid, are properly valued as the professionals that they are.”

Last week, more than three-quarters (78%) of respondents to a GMB Scotland survey said they were worried about taking a test for fear of testing positive and losing money through having to take time off work.