Fundraising page for railway worker who died of coronavirus tops £40,000 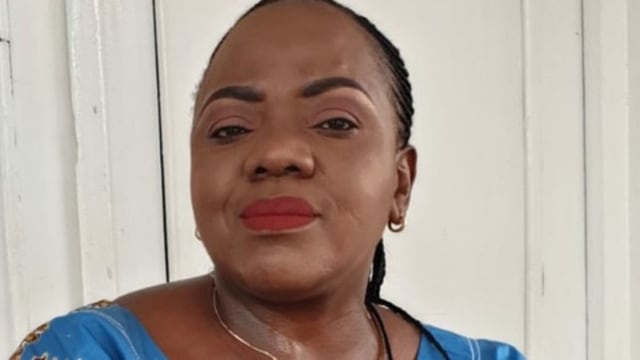 A campaign to raise funds for the family of a railway worker who died of coronavirus after being spat at while on duty has raised over £40,000.

Belly Mujinga died after the incident, which happened on the concourse of London’s Victoria station, where she worked in the ticket office.

She leaves a husband and an 11-year-old daughter.

A 57-year-old man has been interviewed by British Transport Police in relation to the incident, and investigations are continuing.

Ms Mujinga’s trade union, the Transport Salaried Staffs’ Association (TSSA) said it has received messages from across the UK and countries including the United States and Germany.

One person wrote: “The story literally made me sob into my hands.

“As with the majority of the UK public, I have so much respect for all the key workers throughout the country who, day after day, go about their work in these strange and worrying times.”

A fundraising page on gofundme has so far topped £41,000.

TSSA  general secretary Manuel Cortes said: “Belly’s story has touched the nation and has travelled across the world.

“The protection of transport and all front line workers is absolutely essential.

“These are the people who have kept our country moving through the worst of the pandemic and that’s why I’ve written to the Prime Minister asking for the compensation scheme currently available to NHS staff to be extended to transport workers.

“In many of my meetings and calls I have people passing on their condolences and saying how much Belly’s story affected them, including the Transport Secretary this week.

“Belly’s is one of too many sad stories of people losing their lives.

“We now want the best protections and safest workplaces for all workers to prevent anyone catching this terrible disease.”