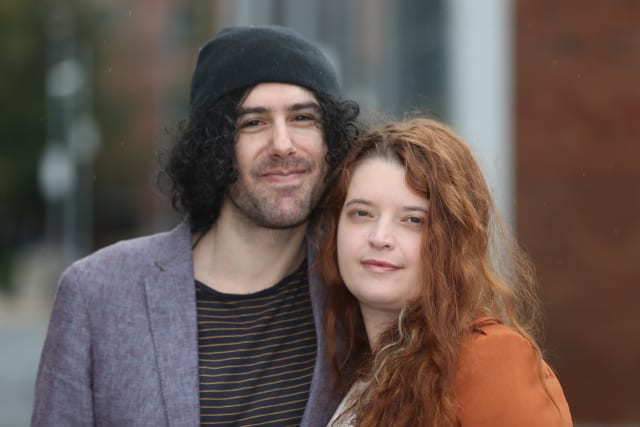 An Irish citizenship campaigner from Northern Ireland has dropped her legal challenge following a change to immigration laws but vowed to fight on.

Emma DeSouza has been involved in a long legal battle with the Home Office over whether being born in Northern Ireland automatically confers a person with British citizenship.

A recent change in immigration laws means people from Northern Ireland can now use a scheme designed for European nationals – the EU Settlement Scheme – to apply for residency for non-European spouses, without first having to renounce British citizenship.

Effectively it means people in Northern Ireland have an entitlement to be treated as Irish citizens under immigration laws if they so wish.

However, the move only applies for the duration of the EU Settlement Scheme, which closes to new applications next year.

Ms DeSouza’s case came following an application for a residence card from her US-born husband Jake.

She has now withdrawn her legal challenge.

“The changes forced through by our case will now allow my husband to remain in the United Kingdom on the basis of my Irish citizenship and require the Home Office to respect my right under the Good Friday Agreement to be accepted as Irish – the terms which set the foundation of our legal complaint and the grounds we were forced to argue in court time and again until the British government finally conceded that we were right all along,” she said.

“Therefore we have been left with no other option but to withdraw our application to appeal to the Court of Appeal of Northern Ireland.”

Ms DeSouza added: “We know that many will be disappointed by this news, as our work to address the inconsistencies in the implementation of legislation for the Good Friday Agreement has highlighted that there is so much more at stake here than just the changes we achieved in our case.

“The changes to the Immigration rules, whilst enormously welcomed and beneficial to many, do not fully address all the underlying issues plaguing this region.

“The British government has failed to give domestic legal effect to the birthright provisions of the Good Friday Agreement and continues to automatically confer British citizenship on all the people of Northern Ireland, even if they identify as Irish, by promoting a narrative which implies identity and nationality are not synonymous, an absurd assertion when considering the language of the internationally binding treaty would-in their interpretation- grant citizens a right to ‘feel’ Irish rather than ‘be’ Irish.

“We had hoped our legal challenge could help right that wrong and force the British Government to amend statute to fall in line with its international obligations.

“But legally, with this concession from the Home Office, we regrettably can not proceed.”

Ms DeSouza said the We Are Irish Too campaign will continue to push for “full implementation of the Good Friday Agreement including our right to be accepted as Irish or British or both”.

“We will continue to work with political parties across Northern Ireland, civil society, and rights organisations, along with the Irish Government, who have long supported us in this fight, as well as members of Congress in the United States, thanks to the Ad Hoc Committee to Protect the GFA, to see the work of the Good Friday Agreement complete.