20 years for youth who stabbed student after rap gig 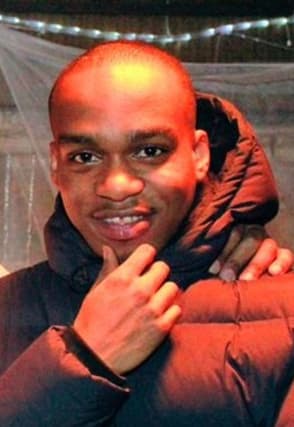 A teenager who murdered a university student after a rap gig then posted a video about it on social media has been locked up for at least 20 years.

Following his death, Mr Bent’s cousin, S Club 7 star Bradley McIntosh, called for a minute’s silence when he performed on stage at the Sunshine Festival in Worcestershire.

Reporting restrictions on Ofogeli’s name were lifted after he was found guilty of murder at Maidstone Crown Court.

As he appeared to be sentenced at the Old Bailey, it emerged that Mr Bent’s fiancee Maria, who found out she was pregnant on the day of the murder, saw a drill rap video on Snapchat.

In it, Ofogeli had referred to the fact one person had been killed but said it “should have been more”, the court heard.

A search of his cell uncovered five pages of lyrics, one of which said: “Should have seen the look on jury’s face when they played that video where I cheffed (stabbed) four in a day.”

Sentencing him to detention for life with a minimum term of 20 years, Mrs Justice Cutts said posting the video on social media was an “unkind and wicked thing to do”.

She told the defendant: “Mr Bent had his entire life in front of him, a life that you took.

“The devastating impact on Mr Bent’s family cannot be overstated.”

In a victim impact statement, mother Monica McIntosh said Mr Bent, the youngest of her three children, was the “light of my life”.

He loved music, gardening and dancing around the house, she added: “Andre loved to cuddle and he was a happy soul.”

He struggled in his early life but was on course to get a first class degree from London South Bank University in business and finance, she said.

Addressing his killer, she said: “You snuffed out my son’s life and you have left devastation behind.”

The trial heard how violence erupted after Grime artist MoStack, real name Montell Daley, performed at The Gallery Nightclub in Maidstone on August 25 2019.

CCTV footage showed people who had left the club punching, kicking and hitting each other with belts.

From mobile phone video and CCTV, police established that Ofogeli had used a machete-style knife to stab three men, who survived.

Ofogeli’s final victim, Mr Bent, who was unarmed, suffered a single stab wound to the chest and was pronounced dead at the scene.

The defendant fled to Athens hours after the murder but was arrested at Stansted when he returned to the UK on August 31 last year.

Detectives had traced him through rap videos he had posted online.