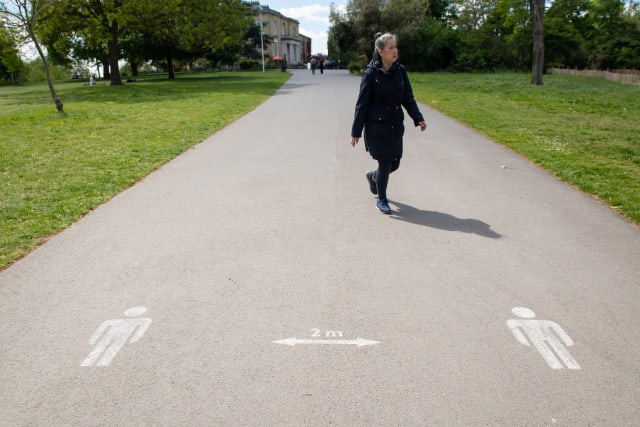 More than half of young adults are no longer sticking strictly to the lockdown rules, according to a new survey.

Researchers who questioned over 90,000 adults have found that “complete” compliance with Government safety measures, such as social distancing and staying at home, has dropped in the past two weeks from an average of 70% of people to under 60% who said they act this way.

Less than 50% of younger adults are “completely” complying with lockdown rules, according to the University College London (UCL) study which looked at how adults are feeling about a range of issues during the pandemic.

These include the lockdown, Government advice, their overall wellbeing and mental health.

Lead author Dr Daisy Fancourt, of UCL’s epidemiology and health care unit, noted there had been “generally a very high” level of people sticking to the Government’s lockdown advice.

The ongoing study, which was launched in the week before lockdown, also found that 95% of all adults and 92% of young people felt they are either “reasonable” or “good” at sticking to the measures.

The findings come alongside a decrease in confidence in the Government in England since the easing of lockdown was announced on May 10.

Dr Fancourt said: “Confidence in Government has fallen in England since the easing of lockdown was announced, and is lowest in those under the age of 30.”

Those questioned were asked to rate the Government’s handling of the Covid-19 pandemic from one to a top mark of seven. Their view of the Government’s performance had dropped from five at the beginning of lockdown to around four, according to those who were questioned between May 11-17.

Levels of anxiety and depression had not improved since the easing of lockdown, while worries about possibly getting ill from Covid-19 had fallen slightly.

Fears about food, finance and unemployment were a cause of stress for some people.

Stress about being able to get enough food had stabilised in the past week, with fewer than one in 20 people saying they were worried about this.

The Nuffield Foundation is funding the study, which is also being backed by Wellcome and UK Research and Innovation.

Cheryl Lloyd, of the Nuffield Foundation, said: “Interestingly, whilst life satisfaction levels have remained stable, full compliance with lockdown restrictions has fallen over the past week, especially among those under 30.”