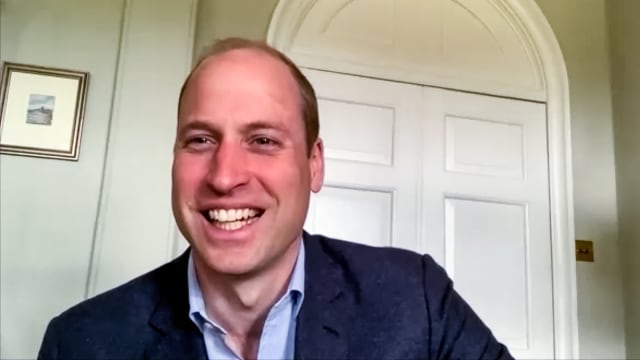 The Duke of Cambridge has joked the success of his family meals depend very much on “what’s on the table”.

William was speaking to a charity in Glasgow that provides hot and healthy meals for vulnerable families during the coronavirus pandemic.

The duke had expected to be in Scotland, where he is known as the Earl of Strathearn, this week for the General Assembly of the Church of Scotland before the Covid-19 lockdown forced the event to be cancelled.

Royal engagements have instead gone digital, with William video calling the PEEK Project (Possibilities for Each and Every Kid) in Glasgow about its work, which has been helped by the National Emergencies Trust (NET) Coronavirus Appeal.

Given a tour of their food truck Peekachew – named by the children it helps – he hailed the “incredible” efforts of community chef Charlie Farrally and the record 900 meals made in one day in the van and kitchens loaned by local businesses.

The duke also heard how they are “taking the pressure off parents” who are already dealing with the effects of the coronavirus lockdown for children with sometimes complex needs.

During the call, Mr Farrally said: “You’ll know yourself, the hardest time is dinner time.”

Father-of-three William laughed and replied: “It depends what’s on the table.

“If parents put something on that children love, dinner time goes very well.

“But if you put something on the table they don’t want to do, that’s another ball game.”

He also spoke to Michaela Collins, who started visiting PEEK when she was aged nine before becoming a volunteer and then chief executive.

“What a brilliant rise,” William said.

“I think that’s absolutely fantastic. You are the embodiment of what can be done.

“I hope when I find myself up in Glasgow in the near future I can come and see you guys in person and congratulate you.”

In a second call, to Finding Your Feet, the duke spoke to founder Corinne Hutton, who was given a 5% chance of surviving sepsis in 2013 and had her hand amputated and legs amputated below the knee.

The duke told her: “You’re a huge inspiration. I’m so pleased the NET have found you and you’ve found them and that relationship is helping.”

Also on the call was Stephen McAtamany, one of the charity’s beneficiaries, who had his left leg amputated below the knee in 1988 after a motorbike accident and now sports a leopard-print limb.

The 57-year-old spoke candidly about his own mental health, with William asking: “What was the biggest bit of support for you?

“One of the things we’re trying to encourage people to do is have that first conversation.

“For you, that first conversation with (counsellor) Michelle, did those dark clouds lift a bit?”

Mr McAtamany replied: “Being able to reach out initially to make that appointment was a massive step.

“A big burden was lifted right away.”

They also agreed the Paralympics had “completely changed” public attitudes to seeing those who had lost limbs.