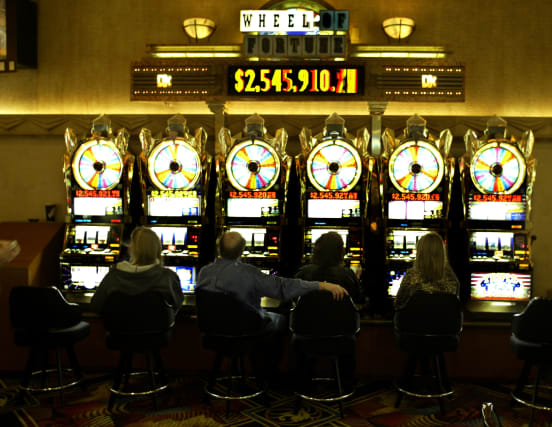 William Hill may be in line for a windfall of up to £150 million, bosses revealed on Wednesday after betting firms won a case against the taxman.

The case, which was won last month, could lead to William Hill recovering between £125 million and £150 million in value added tax (VAT) that it paid on betting machines.

The betting firm said on Wednesday Her Majesty’s Revenue and Customs (HMRC) has decided not to appeal against the ruling.

Justices last month decided to uphold a decision by a lower court tribunal that found betting companies were wrongly charged VAT on some gaming machines before 2013.

The court had decided it was wrong that revenues from some machines were charged VAT, while those from others were not.

“Such differences as there were between the various comparator games in terms of their relevant characteristics did not have a significant influence on the decision of the average customer to use one machine or another,” the Upper Tier Tribunal said when summarising the lower court’s decision.

The case was not brought by William Hill, however bosses expect they will be in line for a refund because of it.

“The group has submitted claims which are substantially similar to those provided in the VAT challenge,” it said in a statement to shareholders.

Its claims have not gone through the accounting review that will be needed to assess whether William Hill is due a refund.

“Whilst William Hill currently expects the net cash recovery to be material, its precise quantum remains uncertain. Nevertheless, the board has considered a number of scenarios which suggest a potential net cash recovery of between £125 million and £150 million,” the company said.

Separately, new data from the Gambling Commission has shown there has been no increase in the number of complaints over illegal gambling websites during the coronavirus lockdown.

There were 12 complaints about nine sites in March, and 11 complaints, each for a separate site, in April. The number of reports have remained stable for the last year.

However Richard Watson executive director of the Gambling Commission, sounded a cautious note over the data.

“Our data does not indicate there has been an increase in any illegal gambling in Britain during the Covid-19 crisis,” he said.

“It is an area we monitor carefully and where we find problems we use our broad range of investigatory powers, alongside stakeholders such as software providers, payment businesses and hosting companies.

“Tackling illegal websites and unlicensed operators is challenging and it is also resource-intensive, but we are committed to continuing our work in this area to protect consumers here in Britain.”