Testing and tracing: What is the latest? 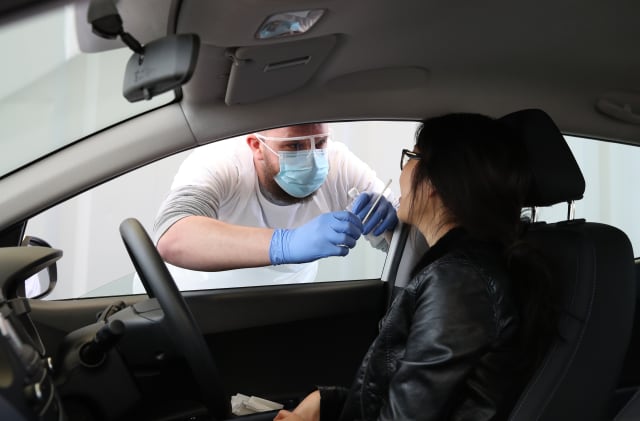 Boris Johnson said he has “great confidence” that by June 1 there will be a testing and tracing system in place which will help move the country forward as it continues to deal with the coronavirus crisis.

Widespread contact tracing was abandoned in mid-March as the number of cases soared in the UK, but it is now seen as a crucial component of efforts to safely ease the lockdown whilst avoiding a second wave of Covid-19 infections.

But what will that system look like and why is it so important?

– What is the test, track and trace strategy?

Test, track and trace – TTT – means testing people for coronavirus, tracking the spread of the virus, then tracing the people an infected person has come into contact with.

However, Public Health England advised ministers in March that the policy should be stopped because the virus was “more widespread”.

– Has anything else been said about why community testing was stopped at that stage?

Deputy chief scientific adviser Professor Dame Angela McLean said focusing testing on hospital patients early on in the Covid-19 outbreak was the “right thing” to do.

At the Downing Street press conference on May 19, she was asked why community testing ended on March 12, when the World Health Organisation had encouraged as much testing as possible.

She said the UK has looked closely at contract tracing systems in other countries and praised the work of South Korea, where “inspiring” contact tracing work has been done “to the extent that they are now down to handfuls of new cases every day”.

“I think that is an experience that we are aiming to emulate,” she said.

– What is important about the date of June 1?

It is the date earmarked for the gradual reopening of schools in England.

At the moment, Reception, Year 1 and Year 6 are due to go back from June 1 at the earliest, with other years phased in before the summer break.

Crucially, Dame Angela has said that the modelling for changes to the lockdown were based on a “highly effective track, trace and isolate system” being in place.

– So what has the Prime Minister said?

Speaking at PMQ’s on May 20, Mr Johnson said: “We’re making fast progress in testing and tracing and I have great confidence that by June 1 we will have a system that will enable us, that will help us very greatly to defeat this disease and move the country forward.”

He said 25,000 staff would be in place by the start of next month and they would be capable of tracking the contacts of up to 10,000 new Covid-19 cases a day.

His comments came after Cabinet minister Robert Buckland conceded there may not be a “uniform approach” to reopening England’s schools in the face of opposition from councils and unions.

– Did he talk about how the contact tracing app will fit into the plan?

Mr Johnson did not mention the app – currently being trialled on the Isle of Wight – as part of his plan for June 1.

Downing Street later confirmed that the app would be rolled out “in the coming weeks” – after human contact tracing.

The Prime Minister’s official spokesman told a Westminster briefing the app “is only one part of the system” and that there is a “tried and tested” system for tracing and testing people.