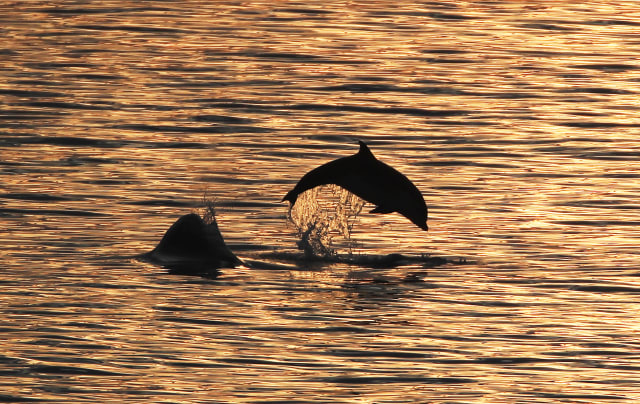 A pod of around 10 bottlenose dolphins was spotted off the coast of Northumberland on Wednesday morning.

The dolphins were seen jumping out of the water between Whitley Bay and Cullercoats Bay at sunrise.

“I decided to take a look along the coast as the North Sea was like glass,” PA news agency photographer Owen Humphreys said.

“I spotted a few fins just off Cullercoats Bay and counted a pod of about seven to eight adults and two juveniles.”

As the weather becomes warmer, it is not uncommon for dolphins to swim closer to the shores of the North East coast.

The sunshine is set to continue for most of the UK on Wednesday, with temperatures expected to hit 28C (82.4F).