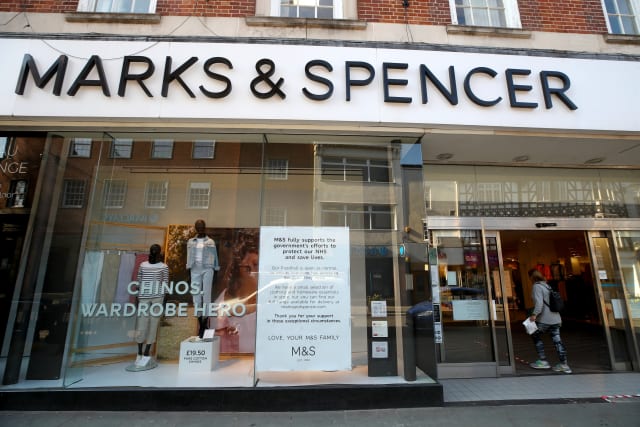 Marks & Spencer has reported a 21% slump in profits for the past year after it was weighed down by its troubled clothing division.

The retailer said profitability improved in its food business but profits dropped by more than a third in its clothing and home arm.

M&S also told investors that it took a £52 million hit to profits due to coronavirus, while it estimated that costs and stock writedowns related to the outbreak cost it £212.8 million.

The company said group sales dipped 1.9% to £10.1 billion during the year to March.

Chief executive Steve Rowe said: “Last year’s results reflect a year of substantial progress and change including the transformative investment in Ocado Retail, outperformance in Food and some green shoots in Clothing in the second half.

“Whilst some customer habits will return to normal others have changed forever, the trend towards digital has been accelerated, and changes to the shape of the high street brought forward.

“Most importantly working habits have been transformed and we have discovered we can work in a faster, leaner, more effective way.