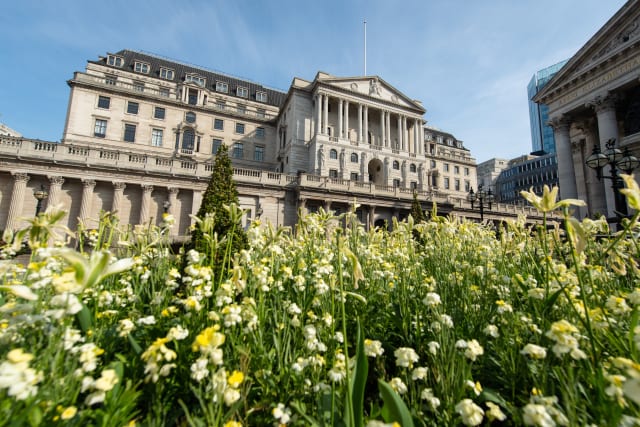 Following a wobble on Tuesday, the bulls were back out in force as optimism swept markets, building on strong growth from earlier in the week.

David Madden, financial analyst at CMC Markets UK, explained: “As governments slowly unwind their lockdown restrictions, that should equate to an increase in economic activity.

“In recent weeks we have broadly seen an improvement in economic indicators from countries that have reopened elements of their economies, and dealers are hopeful the trend will continue.

“On Monday, global stocks were given an extra lift when Moderna said the first phase of their trials for a potential Covid-19 vaccine were positive. Since then, there have been questions over whether the study provided enough information, so some of the optimism surrounding that topic has faded.”

And on the economic front, Mr Bailey told the Treasury Select Committee it would be “foolish” to rule out cutting interest rates below zero and confirmed policymakers are actively reviewing the Bank’s options to help see the economy through coronavirus.

The pound was flat by market close, having recovered from earlier in the day, at 1.225 dollars. Against the euro a pound was down 0.5% at 1.116 euros – falling on the back of decent consumer confidence data from the Eurozone.

In company news, Rolls Royce announced plans to cut at least 9,000 jobs amid the continuing coronavirus crisis, with UK factories set to be hardest hit.

The Derby-based company announced a major reorganisation of its business as demand for aircraft, and the engines it manufactures, slumps across the world.

Investors were pleased with the news that the company’s future was secure, sending shares up 6.1p to 273.7p.

Marks and Spencer wowed investors with a thorough plan on how it intends to recover, including longer-term plans to cut back on the committees and layers of management that have slowed the business down in the past.

Bosses still plan to shut 100 to 120 stores in the UK and it is working flat out to get its online joint venture with Ocado up and running by September.

Traders were particularly happy that the dividend was held, rather than scrapped like other listed firms during the coronavirus crisis.

William Hill may be in line for a windfall of up to £150 million, bosses revealed on Wednesday after betting firms won a case against the taxman. Shares closed up 4p at 126p.

And a class action lawsuit against Aviva sent shares down 0.5p at 239p, as policyholders revealed they are taking the firm and rival QBE to court over policies not paid out over the coronavirus crisis. A similar suit was launched against Hiscox earlier in the week.