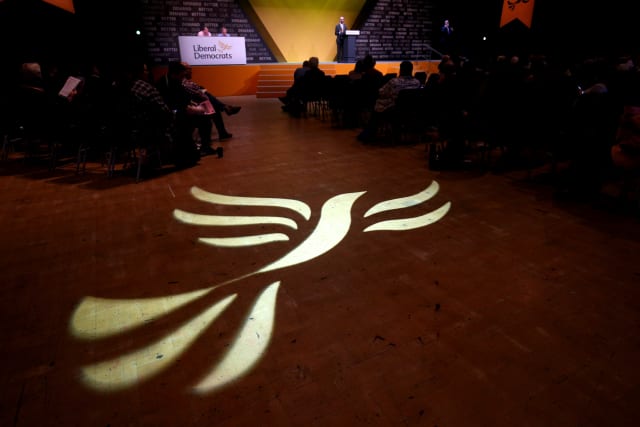 The Liberal Democrats will hold a virtual party conference in the autumn due to the coronavirus crisis – while a leadership contest is set to kick off in June, it has been announced.

At a meeting of the party’s Federal Board on Tuesday, the party agreed a timetable for a leadership election this summer, which will include “online hustings and online voting” due to the pandemic.

The party’s conference in September, which was due to take place in Brighton, will also be held virtually.

The opposition party had been due to start the process for replacing Jo Swinson, who was forced to step down as leader after losing her seat at the December general election, in May and announce a successor in July.

But in light of the pandemic, the Liberal Democrats made the decision to postpone the leadership race until May 2021.

Following the latest announcement, nominations for candidates will open on June 24 this year and are set to close on July 9.

The ballot will then open on July 30 and close on August 26, after which the party will announce its next leader.

President of the Liberal Democrats Mark Pack, who chairs the Federal Board, said the decision to hold a digital conference in the autumn follows “careful consideration of the latest expert advice”.

He added that the virtual alternative is the “first for any major political party”.

It comes after Labour announced it would be cancelling its own annual party conference, due to be held in Liverpool in September, and replacing it with online events.

“Conference plays a key role in our democratic party as well as being an important training and information exchange event.

“I am therefore pleased we will host an online alternative, the first for any major political party.

“I am also pleased to confirm the timetable to elect our next Leader.

“The sad state of our Government today shows how desperately the country needs a vision of an outward-looking, caring country that celebrates diversity and benefits from high-quality public services.

“With our party membership at record levels, I urge everyone else who shares our values to join us in the coming days and vote in the leadership election.”

The call for members follows the party on Monday challenging the Government in Commons over its response to the pandemic, with Liberal Democrat Baroness Randerson asking: “how have we come to the point where well over 35,000 people have died?”