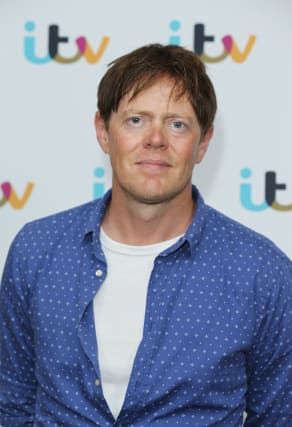 Actor Kris Marshall has settled a damages action over phone hacking, the High Court has heard.

The actor, best known for his roles in Love Actually and in the BBC television series My Family and Death In Paradise, received “substantial damages” from News Group Newspapers (NGN), publisher of The Sun and the now-defunct News Of The World.

His lawyers told a judge in London on Wednesday that the actor, who also featured in a BT advertising campaign from 2005 to 2011, had settled his claim against NGN for an undisclosed sum.

He claimed he was targeted by NGN staff because of his popularity and had his voicemails hacked and private information obtained “by deception”.

During a remote High Court hearing, Mr Justice Mann was told Mr Marshall had identified a number of “suspicious” articles containing his private and confidential information which were published between 2002 and 2010.

His lawyers told the court that during this time, Mr Marshall “used his voicemail extensively”, particularly when on set filming, and would regularly receive and leave voicemail messages.

Alex Cochrane, representing Mr Marshall, said: “As a result of these publications, the claimant claims that he became paranoid and suspicious as to who might be the source of the private information that was being published by the defendant’s newspapers.

“The claimant is a very private individual.”

The News Of The World folded in 2011 after details emerged of extensive phone hacking at the newspaper.

NGN accepted Mr Marshall’s privacy had been invaded by News Of The World staff, but made no admission of liability in relation to allegations against The Sun.

Ben Silverstone, representing NGN, said: “The defendant is here today, through me, to offer its sincere apologies to the claimant for the distress caused to him by the invasion of his privacy by individuals working for, or on behalf of, the News Of The World.

“The defendant accepts that such activity should never have taken place, and that it had no right to intrude into the private life of the claimant in this way.”

Mr Cochrane, of Hamlins law firm, said in a statement after the announcement: “Our client had his privacy grossly invaded by NGN in a manner which caused him considerable distress.

“It is absolutely right that they have apologised today, acknowledged the harm they caused in open court and paid him compensation.

“Kris is very pleased with the apology and the successful outcome to this matter.”

A number of high-profile celebrities, including Heather Mills, David Tennant and Vic Reeves, have previously settled claims against the publisher.

David Sherborne QC, representing claimants in the latest round of the legal action, told the court there are 49 active claims against NGN and 83 further potential claims.

It was revealed in October last year that the Duke of Sussex is among those suing NGN over phone hacking allegations, and is also bringing legal action against Mirror Group Newspapers.