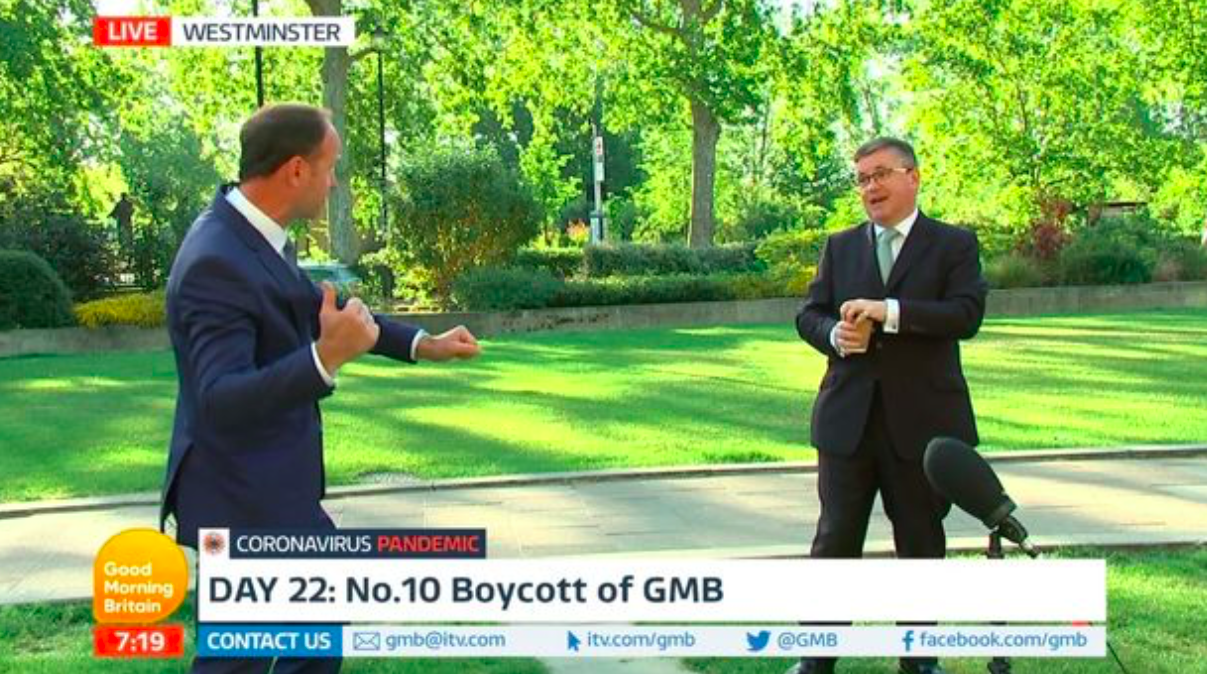 A government minister awkwardly avoided a TV grilling on coronavirus this morning after he was confronted by a Good Morning Britain reporter live on air.

Host Piers Morgan said the government "doesn't think GMB viewers are important at this time" and asked Swain if he could ask the minister for an interview, breaking the government's 22-day boycott of the programme.

Swain responded: "Piers, that request has already been put in when he arrived about 10 minutes ago.

"He's with one of our competitors at the moment giving chapter and verse about how well the government are doing."

Once the interview had finished, Swain approached Buckland to ask if he would grant an interview for GMB – and he appeared to agree.

However, Buckland told Swain that he was unable to do the interview at that time and would be back in an hour and 40 minutes, adding that he was a GMB fan.

After the time had elapsed, Swain once again approached Buckland, who was sipping coffee.

But the interview did not go ahead as Swain told Morgan and co-host Susanna Reid: "He's actually walking off as we speak... who knows, fingers crossed."

Tensions between GMB and the government have risen during the coronavirus pandemic following a series of heated arguments on air.

Health secretary Matt Hancock was visibly angry with Morgan during an interview last month, telling the host to "let me speak", while Morgan told him: "You don't decide how I do an interview."

Morgan also clashed with minister Helen Whately, who pleaded with the host to "let me finish speaking" as she defended the government's pledge on coronavirus testing.