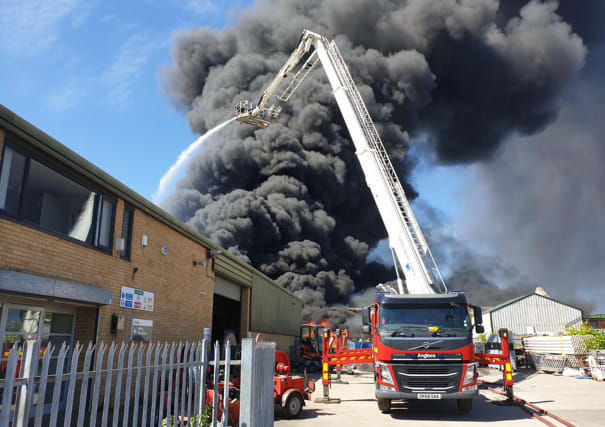 Firefighters are battling a blaze on an industrial estate in Merseyside.

Crews were alerted to the incident at Sankey Valley Industrial Estate in Newton-le-Willows at about 11.10am on Wednesday which produced billows of smoke across a large area.

A total of 20 fire engines attended and two combined platform ladders and a high volume pump were deployed as MFRS declared a major incident as crews worked in “really challenging heat conditions”.

There were no reports of any casualties and police assisted in evacuating a nearby caravan site.

Local residents and businesses have been advised to keep windows and doors closed.

In a statement, MFRS said: “Firefighting continues on scene. A multi agency meeting has taken place.

“Latest information shows that the smoke plume is blowing straight up and dissipating. However we would advise those living and working nearby to keep windows and doors closed.”