Dozens of new club applications as golfers return to greens 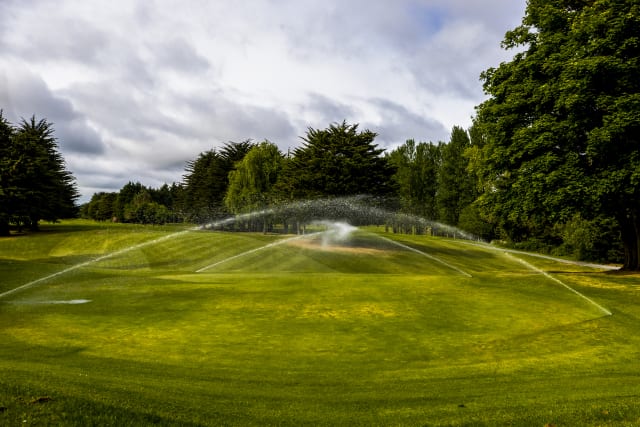 One of Belfast’s oldest golf clubs has received dozens of new applications for membership as courses opened for the first time in weeks.

Dunmurry Golf Club has limited the number of players as it preserves social distancing on the fairways.

It has seen a frantic couple of days getting ready after Stormont ministers in Northern Ireland announced the easing of coronavirus restrictions on Monday.

“The car park is full this morning and there are lots of happy faces about the place.”

The club has received almost 30 new applications in recent times.

Mr Adair added: “Whenever we heard the First and Deputy First Ministers’ (Arlene Foster and Michelle O’Neill) announcement on Monday evening that clubs could reopen, we were nearly ready.

“We have been running around, our benches were out of use, the bins were not in use, all the on-course stuff had to be done.”

Mr Adair said many members had paid their dues in April knowing they would not be playing for two months.

The club charges a joining fee to ensure continuity of golfers.

He added: “The golfers are the stakeholders and they have to support the club during these times.”

Dunmurry first opened in 1905 and has around 600 playing members.

Only members of clubs can resume playing under the relaxations.

Dunmurry has lost significant amounts in green fees, visitors, societies and corporate events and sponsorship during the shutdown from March.