Covid-19: There may not be a ‘uniform approach’ to reopening schools, minister admits 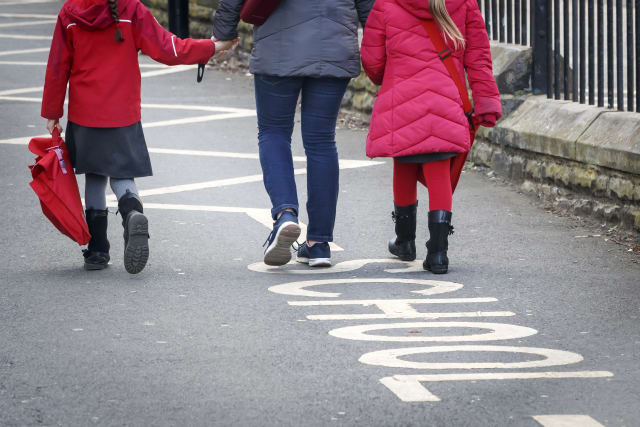 There may not be a “uniform approach” to reopening schools in England from June 1, the Justice Secretary has admitted as pressure mounts on the Government to reconsider its plans.

Robert Buckland said discussions are ongoing with teaching representatives about how schools will reopen after Professor Dame Angela McLean, chief scientific adviser for the Ministry of Defence, suggested on Tuesday that a highly effective track, trace and isolate system needs to be running for lockdown measures to be eased.

Health Secretary Matt Hancock said last week that the contact tracing app – part of test, track and trace – would be rolled out across England from mid-May but that has now been pushed back, with Mr Buckland suggesting it would not be ready for several weeks.

Asked on Wednesday if schools reopening depends on test, track and trace being fully in place, Mr Buckland told BBC Radio 4’s Today programme: “I think the position is somewhat more nuanced than that.

“We are seeing conversations continue between the Government and teachers that, in some settings, arrangements are being made that lead to a high degree of confidence that the risks can be managed and that the setting can be safe; clearly other employers feel that that’s not the case and we have to understand and respect that.”

At the moment, Reception, Year 1 and Year 6 are due to go back from June 1 at the earliest, with other years phased in before the summer break.

Mr Buckland said No 10 is taking all concerns “very seriously” but told BBC Breakfast that schools in England may not take a “uniform” approach to returning on June 1.

He said: “I don’t think any of us want to put either children or our dedicated teaching staff in any danger at all, and the question of being safe is clearly paramount.

“So we’re all working towards June 1 and planning for that return, but I accept the point that there may well be issues from employers that need to be addressed which might not mean we’ll see a uniform approach on June 1.”

Mr Buckland also told Sky News there is a “mixed picture” on whether schools will reopen by June 1.

“We always said that June 1 was conditional, not just on the R rate but on the need to make places of work safe,” he added.

Regarding the contact tracing app, which is still being trialled on the Isle of Wight, Mr Buckland said he hoped to “see the tracing system start to work” by June 1.

“I think it won’t necessarily be as widespread and as full-blown as we would like, I think that would develop over the next several weeks, over the next month or so,” he said.

“It’s a combination of that app and of the track and trace volunteers who are being trained as we speak.

“This is still very much work in progress but we have been ambitious about it and rightly so and there’s a sense of urgency about the need to get this system going.

“I think the signs are good but there’s more work to be done clearly.”

– Captain Sir Tom Moore, who raised more than £32 million for the NHS, said he is looking forward to being knighted by the Queen and joked that he hoped she would not be “heavy-handed with the sword as by then I might be rather a poor old weak soul”.

– The British Medical Association (BMA) sought to distance itself somewhat from the schools row, saying schools should reopen “as soon as it is safe to do so” though it said there is “no united view yet” on whether children can spread coronavirus.

– Rolls-Royce, which makes plane engines, said it will cut 9,000 jobs as it warned it will take “several years” for the airline industry to recover from the Covid-19 pandemic.

It came as outsourcing giant Serco, which is responsible for recruiting and training 21,000 contact tracers, was forced to apologise after accidentally sharing the personal email addresses of almost 300 people involved in the scheme.

Mr Buckland said the firm had “rightly” apologised for the mistake, adding: “It brings into stark relief the importance about privacy, about confidentiality, which underpins all of this.”

The Cabinet minister was also asked on Wednesday about new slogans being used by the Government instead of the “Stay Alert” message, which has been criticised for being too vague.

The slogan “Keep our distance, wash our hands, think of others, play our part” has been used in recent days.

Asked about the change, Mr Buckland told Sky News: “Stay Alert is very much still part of what it is all about.

“I think what we’re trying to do is explain underneath that general direction what that means.

“Of course the different elements to staying alert, which include washing hands, keeping our distance, builds up to that general approach, which is that we all must be very much aware not only of each other but what we can do in order to minimise the inadvertent transmission of this terrible disease.”

He said Stay Alert is “more difficult” to explain than Stay At Home because it involves “more nuanced messages”.

He said: “It is going to be a tough ask; it is a very difficult time for everybody and the Government doesn’t pretend anything otherwise.

“We have to keep developing those messages and that’s why you’re hearing that kind of detail.”