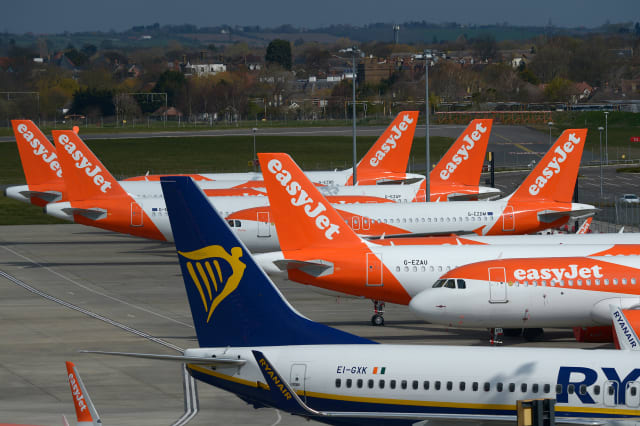 New powers are needed to crack down on airlines taking too long to refund passengers, according to the aviation regulator.

Many passengers are facing difficulties obtaining refunds after airlines cancelled most flights due to the coronavirus pandemic.

Under EU rules, payouts should be made within seven days of a cancellation.

The CAA launched an investigation last week to consider if any action should be taken to ensure consumer rights are protected.

Giving evidence to the Commons Transport Select Committee, Mr Moriarty said there is “a case to strengthen” his organisation’s powers.

He said: “We have a track record of standing up for consumers and taking airlines to court. But this process… takes two years.

“Obviously it’s for Government and parliamentarians to always balance the powers they give regulators, to balance the public interest with the companies that we would seek to use them against.

“I would submit to you that if using them takes two years and requires a very expensive court process, perhaps we’ve got the balance in the wrong place.”

Mr Moriarty said the CAA is “supportive” of airlines offering vouchers for cancelled flights, but insisted that when a passenger demands a cash refund then “it is their right and they must get one”.

He told MPs of one “small airline”, which he did not name, that has only cleared a third of its backlog of refund requests.

He went on: “The question of course is how quickly the airlines can pay that money back to consumers and tour operators, given the operational challenges they face, particularly around staff during lockdown.

“All of the airlines that we regulate have said to us that they are paying refunds and they will continue to do so until they reduce their backlogs.”

Aviation minister Kelly Tolhurst, who also gave evidence at the hearing, said passengers “are entitled to those refunds” but explained that the Department for Transport is “trying to take a pragmatic view in relation to the timings and the enforcement”.